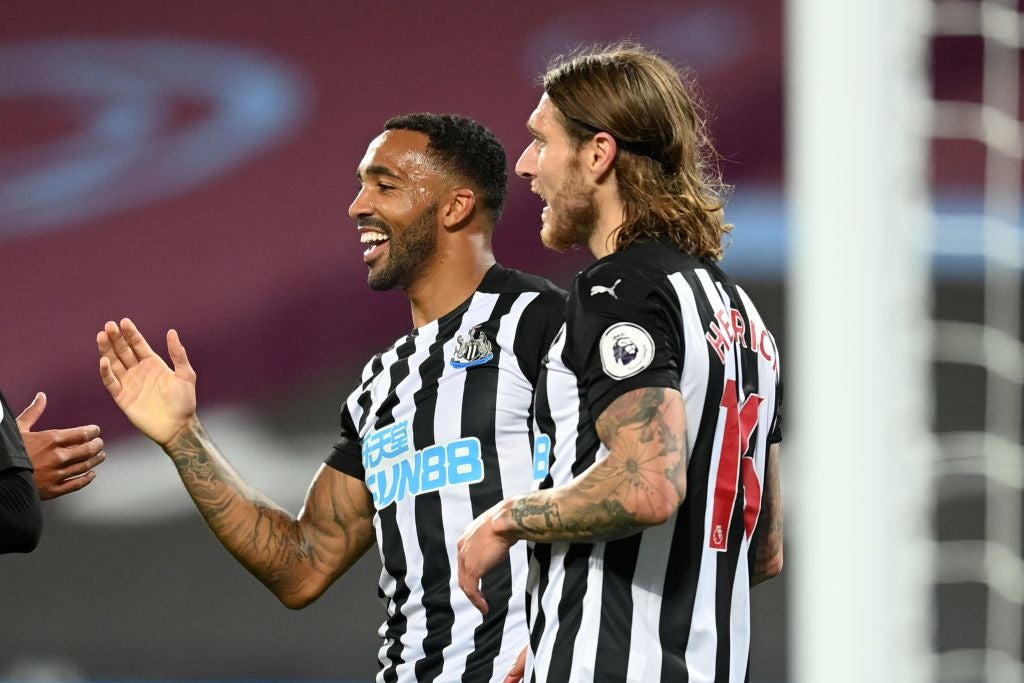 Newcastle United are looking to keep the momentum going after they opened their Premier League account in style with a 2-0 away to West Ham.

Summer signings Callum Wilson and Jeff Hendrick both scored on their debut for the Magpies, and manager Steve Bruce will be keen for his side to make it two wins from two in the Premier League.

Brighton fell short on their league opener but won’t lose too much sleep regarding their defeat to Chelsea, who have lofty ambitions heading into 2020/21.

It will be touch-and-go regarding summer signing Adam Lallana, who picked up a knock at home to the Blues, while Brighton are in better spirits after thumping Portsmouth 4-0 in the League Cup.

Here’s everything you need to know about the game.

The fixture will kick-off at 2pm BST at St. James’ Park.

The match will be televised on Sky Sports Premier League, where coverage will begin from 1pm. It is also on Sky Sports Main Event and Ultra HD.

What is the team news?

Steve Bruce made 10 changes to the Newcastle team that won against West Ham for their win over Blackburn Rovers in the League Cup, and he will likely revert to the players that found success in the Premier League. Goalkeeper Martin Dubravka and defenders Paul Dummett and Fabian Schar are all out, joining Matty Longstaff and Dwight Gayle.

Graham Potter will hope that Lallana can return after picking up a knock and limping off against Chelsea and Ben White is also a doubt. The Seagulls will be without Christian Walton, as well as attacking duo Florin Andone and Jose Izquierdo who are both suffering from knee injuries.

Despite experiencing contrasting fortunes in their respective opening games to this Premier League season, this could be close. Newcastle tend to underperform against Brighton and they have not beaten the Seagulls in the six top-flight games between the two sides. In fact, the Magpies have failed to score in five of those clashes. That will change here, as Newcastle made shrewd signings in the summer, particularly the acquisition of Callum Wilson. He brings goals: 2-0 Newcastle.