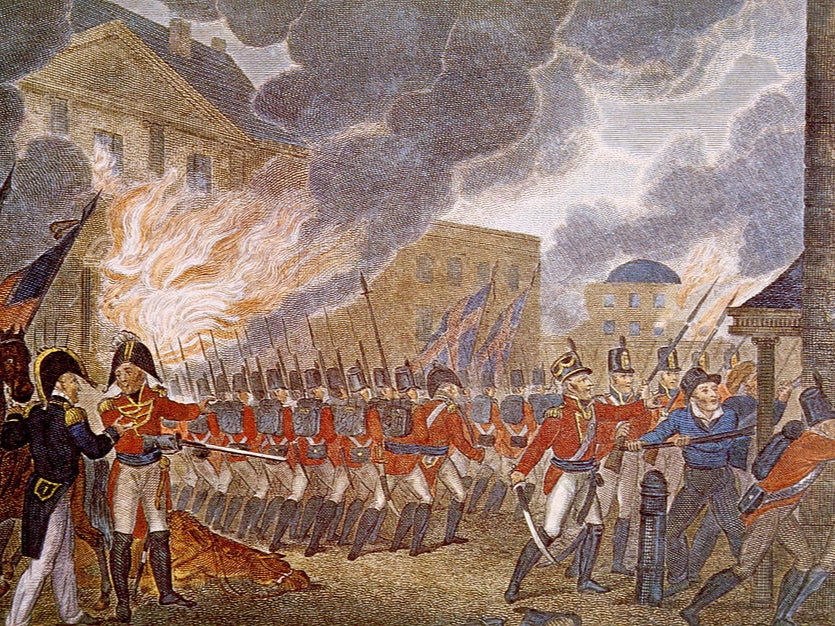 mid the patriotic bombast about Making America Great Again at the Republican Convention nominating President Trump for a second term on 24 August, nobody noticed that it began on the anniversary of one of the most humiliating defeats in American history. It was on this day more than two centuries earlier in 1814 that a British military force captured Washington and burned the White House, Capitol and other public buildings.

After routing a more numerous American army at Bladensburg on the outskirts of the US capital, British soldiers and sailors met no resistance as president James Madison fled, leaving behind a splendid dinner arranged by his wife Dolley in the expectation of an American victory.

The war fought between Britain and the US between 1812 and 1815 has been largely excised from the collective memory of each nation. Given the close alliance between the two countries since the early 20th century, it became convenient to treat the conflict as an unnecessary and irrelevant blip in a smooth relationship.