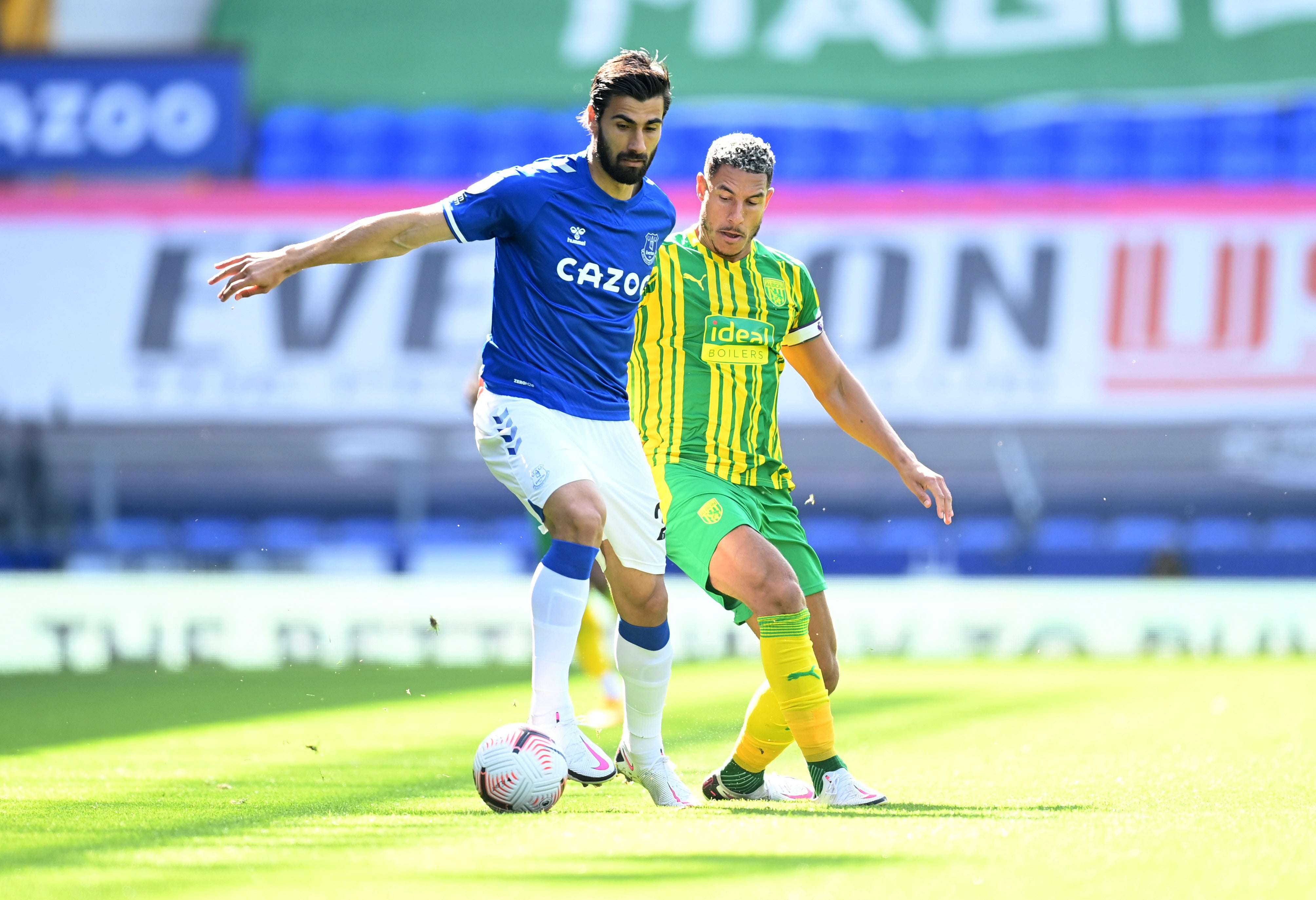 New signings James Rodriguez, Abdoulaye Doucoure and Allan impressed in Everton’s opening weekend win over Tottenham, and they will be confident against newly promoted West Brom, who fell to a 3-0 defeat against Leicester City.

Both teams have stuck with the same starting XI which began last weekend’s opening fixtures. Follow all the action live below:

10 mins: GOAL! That’s come from nothing. Grady Diangana just edges forward with the ball making his way to the Everton penalty area. There’s nothing on for Diangana so he shoots as the defenders drop away from him, Pickford reacts late and is beaten by the time he dives across to his left. West Brom lead.

9 mins: Everton win a free kick over on the right side of the pitch. It’s whipped into the box and Yerry Mina goes down in the box. He wants a penalty but doesn’t get one.

6 mins: West Brom look very shaky at the back. Furlong gets the ball stuck under his feet and Everton take possession. Andre Gomes sends a ball into Calvert-Lewin who is put under pressure by Bartley and his header loops up to Johnstone.

3 mins: Everton send the ball into the box from the left wing and West Brom struggle to clear the ball. It comes to Coleman who has pushed forward, he whips it back into the box and wins a corner. James Rodriguez fires the set piece into the box and Calvert-Lewin attacks the cross, wins the header but sends it wide.

Kick off: Everton start the match but lose the ball quickly as Pickford miscues a clearance. It comes to Diangana who takes a shot and forces Pickford into a low save.

The teams are ready to go. They make their way separately out onto the pitch, West Brom arriving from a temporary changing room in the Goodison Park car park. Kick off is next…

Less than 10 minutes until the second week of Premier League action kicks off. Everton are favourites for this one but you never know West Brom may surprise us.

The Toffees are running through the warm ups.

Just three weeks ago Gareth Barry was a West Brom player now he is a former football player. The 39-year-old talks retirement and Everton’s revival under Carlo Ancelloti with Alex Pattle: