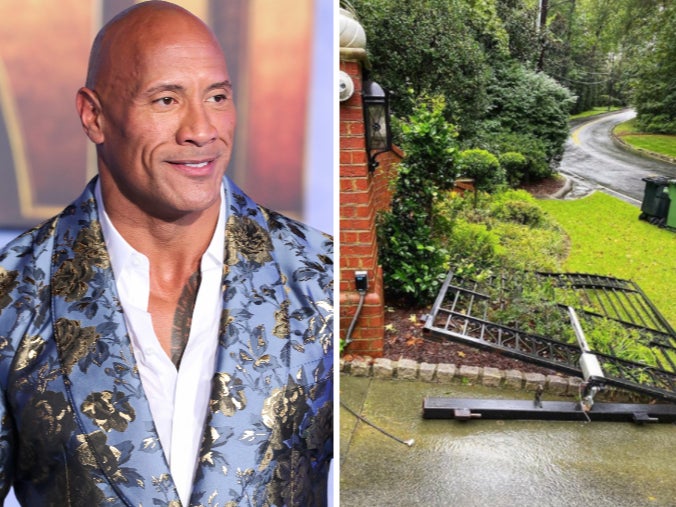 Dwayne Johnson left staff “in disbelief and equally scared” after he tore down his own security gate with his bare hands.

The actor and former wrestling champion was forced to take matters into his own hands when a power cut disabled the gate, threatening to prevent him from travelling to the set of his new film, Black Adam.

Sharing a picture of the damage on Instagram, Johnson revealed the full story of what happened.

“I did what I had to do,” he wrote, explaining that hundreds of crew members were waiting for him to arrive at work, so he couldn’t wait for the gate tech team to let him out.

“I pushed, pulled and ripped the gate completely off myself,” he said. “Ripped it completely out of the brick wall, severed the steel hydraulics and threw it on the grass.”

Johnson added: “My security team was able to meet the gate technician and welders about an hour later – and they were apparently ‘in disbelief and equally scared’ as to how I ripped it off.”