Thoughtless for food: The true impact of restaurant no-shows 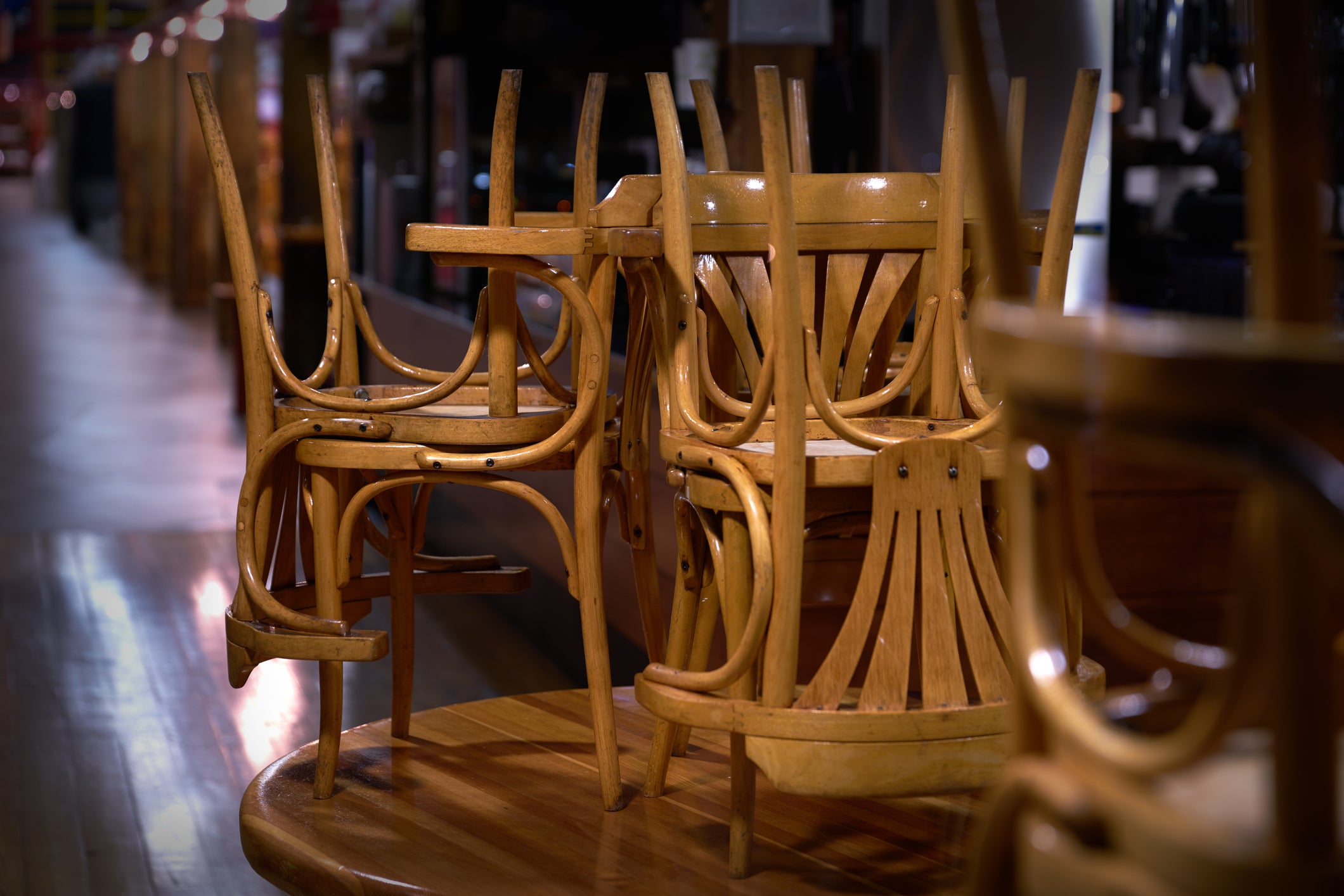 It’s been almost a month since Tom Kerridge took to Instagram to admonish the 27 diners who failed to show up to his restaurant; a month since the celebrity chef’s howl of anguish – a post illustrated by a defining image of Russel Crowe from Gladiator – at the “disgraceful and selfish” people who left tables empty and food wasted prompted a rallying cry from chefs who had witnessed similar scenes in their restaurants.

Sadly, no shows are nothing new. It’s why so many restaurants these days take card details, deposits or even the cost of the meal in advance; why reservation websites like Open Table are blocking repeat offenders. Yet the timing of Kerridge’s post – coming just a week after restaurants reopened after the lockdown – made it a particularly troubling read.

Hospitality has never been in such dire straits. The long shadow of lockdown and the subsequent recession looms particularly large in this sector, where profit margins are already small and success hinges on disposable income. Could those diners who failed to cancel their reservations and free the space up for others not see the connection between empty chairs at empty tables, and a restaurant ultimately closing its doors?

Yes and no, says Paul Ainsworth, a Cornwall based chef and restaurateur and one of the first to join Kerridge’s no-show chorus. Though he himself had 27 diners fail to take their tables at his pub The Mariners on that same Saturday, he believes the noise made around no shows since then has “definitely improved” the situation. “People think it’s just a table,” he says. “They assume you’ll fill it. This is about educating a minority about the cost of not turning up, and not letting a restaurant know.”

The fact you don’t have to pay in advance in the same way you do the cinema or theatre creates a sense of disconnect between the table and the real cost it represents. When you click ‘Book now’ on a restaurant website or via Resy or Open Table you trigger an invisible – to you, the customer – chain of events, from the organisation of staff rotas right through to the mis en place: the preparation of certain elements of a dish prior to service. You inform their decision on how much alcohol to order, what time the kitchen staff should start, and – more so now than ever, with social distancing – how to plan the layout. “When you book a restaurant, you are a very important part of its structuring and planning,” says Ainsworth.

“At Darby’s, managers Dean and Emma both have the booking systems on their phones, and are constantly checking – it’s like an addiction,” says Robin Gill, chef behind the South London restaurants. “They look at the dietaries, work out where the pinch points might be, and work out how many staff we need in the bar and kitchen, and on the floor.”

One afternoon recently saw Dean hurtling out of town on his motorbike to pick up 100 oysters, having panicked about running short on the night. “They’ll call up another bar back; get a few more beers in,” he continues – and whilst the drink will keep, there are certain ingredients which, once prepped, have a shelf life: “fresh gazpacho, which we make before service; sweetcorn, which we steam so we can barbecue to order; the summer herbs we’ve chopped up: they don’t last until the next day. So, then we’re wasting not just money, but good food as well.”

It baffles Gulliver and his peers in the industry that someone would sooner go to the trouble of cancelling the card they used to make the booking than they would call the restaurant. “Isn’t it easier to call us? We’re not going to shout at you. We’ll be grateful to you for calling.”. When guests don’t call they leave tables empty when they could have been filled from a healthy waiting list of customers “who we can’t accommodate because of socially distanced tables, and who are keen to come because they’ve not eaten with us for months.” More than monetary, no shows leave an impact on everyone. “The stress when large tables don’t show – that feeds into my whole team. I get upset, I bark at someone in the kitchen, my staff are upset – because we’re all disappointed. We’ve geared ourselves up for a great, busy night.”

“Just imagine you’ve invited six of your friends round for dinner at the weekend, and three of them don’t turn up. You’ve spent all day shopping and slaving away, and they don’t even call you. You’d be gutted, wouldn’t you?” says Ainsworth. Though some restaurants have managed to reduce this through cancellations charges or deposits, they neither like doing it – “I don’t like to take money out of people’s pockets,” says Gill – nor find it cost effective. Take into account how much a table of six would spend on drink and service and his cancellation fee of £35 per person doesn’t begin to cover the fallout from a no-show.

Even those restaurants which charge food in advance – Carousel in Marylebone, the Black Swan in Olstead and the Michelin starred Clove Club – miss out when tables don’t turn up. Carousel charge around £39 for dinner in advance – “but the reality is that food is only one part of it. Our menus are often six or seven courses. Many people go for the drinks pairing, and an aperitif beforehand” says co-founder Ed Templeton. “I just don’t think people appreciate the financials of running a restaurant.”

José Pizarro owns no-reservations restaurant, José, and two restaurants with reservations in London. Having a no-booking policy at José’s does eliminate the issue of no-shows, but it’s not a model that could ever be applied to a fine dining restaurant, he explains. “José’s is a relaxed, fun tapas bar. You don’t get walk-ins for somewhere like [Tom Kerridge’s restaurant]. I don’t turn around to my partner on a Thursday and say, you know what I really fancy a six-course tasting menu tonight.”

The Carousel model works because they treat it more like a theatre; they have guest chefs and there’s only one sitting. Paying upfront works for them, because it’s what they’ve always done, and because they were born out of the supper club and immersive theatre scene – but again, it isn’t one-size fits all. “We aren’t a ‘normal’ restaurant, in inverted commas. We started out doing pop up dinners in disused spaces, and the only way to get people to come was to get them to buy a ticket. It was only when we started calling ourselves a restaurant that people had an issue with paying before eating.”

It took a year or so for prospective customers to really adjust – during which time the Michelin-starred Clove Club had followed suit, closely followed by Heston Blumenthal’s Fat Duck, and it was more normalised. “In fine dining, if your margins are 15 per cent, then you are doing well. In a restaurant where you’re only serving 60 diners a night, it just takes one table not to show up and that’s your profit from the evening,” Clove Club’s general manager Daniel Willis told The Guardian at the time.

Templeton thinks people don’t show up because they “put restaurants in a separate category to other activities.” It’s why he and the vast majority of restaurateurs and online booking sites try their utmost to be understanding; why their campaign to change perceptions is more carrot than stick. “At OpenTable we understand that life happens, and diners may not always be able to make their booking for a variety of reasons,” says Angela Altvater, Director of Marketing EMEA at OpenTable. “Our approach has always been to maximise the functionality of our technology to help minimise the impact of no-shows.”

Though many maintain online reservations have contributed toward the problem by making booking so easy and impersonal, Open Table takes their responsibility towards the restaurants they work with seriously. “Reminder notifications are sent to ensure that should any unforeseen circumstances arise, diners are easily able to amend, change or cancel their reservation quickly and easily,” she continues. “To ensure our diners commit to their reservations as much as possible, OpenTable only allows diners to make one booking for the same time slot, or within two and a half hours of that time.”

Should they fail to show, diners receive an email alerting them to the dangers such behaviour pose to restaurants. “It really made me sit up, actually,” a friend and recipient of such an email confesses. Should they do it repeatedly – that’s four times within 12 months – they are blocked from the app and the website. Open Table competitor, Resy, also keeps track of a diners no shows and reserves the right to freeze their account. “We need customers to understand how serious the situation is. The profit for restaurants lies not the first 90, but in the last ten – and we’re struggling enough” pleads Gulliver.

“Many of us are in debt. The financial consequences of Covid are going to be worse than the 2008 crash – worse even than Brexit.” An empty table is more than just a sorrowful sight: it’s lost revenue, lost wages, wasted food, disappointed potential customers, and ultimately lost jobs.