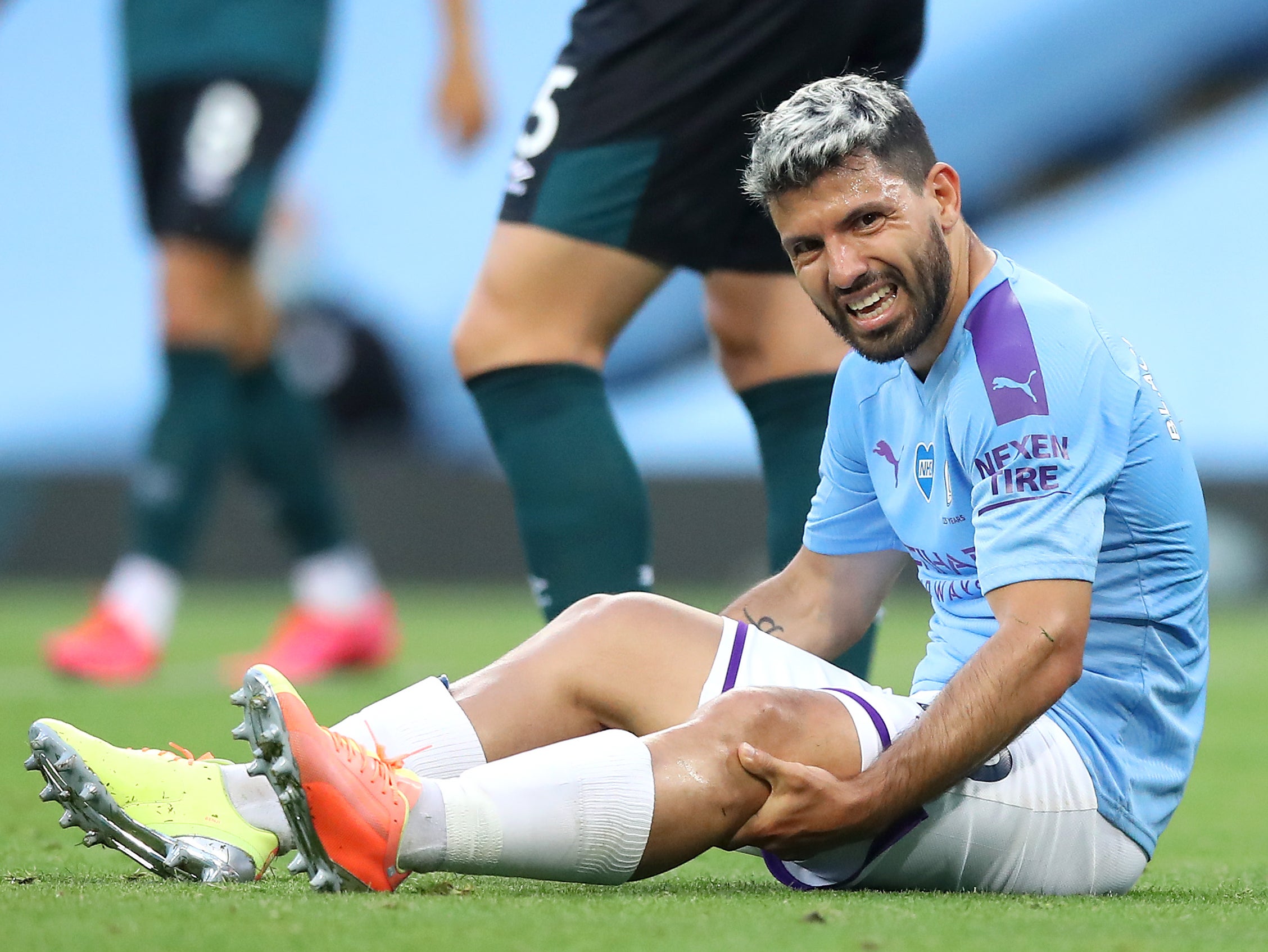 Sergio Aguero could be sidelined for a further two months according to Pep Guardiola, in a significant blow to Manchester City’s preparations for the start of their new Premier League campaign.

Aguero underwent knee surgery in Barcelona at the end of last season after suffering an injury in the 5-0 win over Burnley in June and failed to recover in time for the final stages of last season’s Champions League.

Guardiola now fears that City’s all-time leading goalscorer may only fully recover from the same injury in mid-November.

On that timescale, Aguero would miss a meeting with champions Liverpool at the Etihad pencilled in for the weekend of 7 November as well as the beginning of the Champions League group stages.

“Still he hasn’t had one training session with us,” Guardiola said on Friday. “We knew that the injury was difficult. He is doing the job, in maybe one month or two months he will be ready.

Riyad Mahrez and Aymeric Laporte are back in training after recovering from positive tests for Covid-19, though only Mahrez is in line for selection at Molineux.

“Riyad came back three or four days ago, he’s training,” Guardiola said. “Today is the first day for Laporte. Riyad will be available but Laporte, not yet.”

“We’ve got him as a centre-back but sometimes he can help us play full-back,” Guardiola said. “But we wanted him as a centre back. Maybe one day with injuries he can play there.”