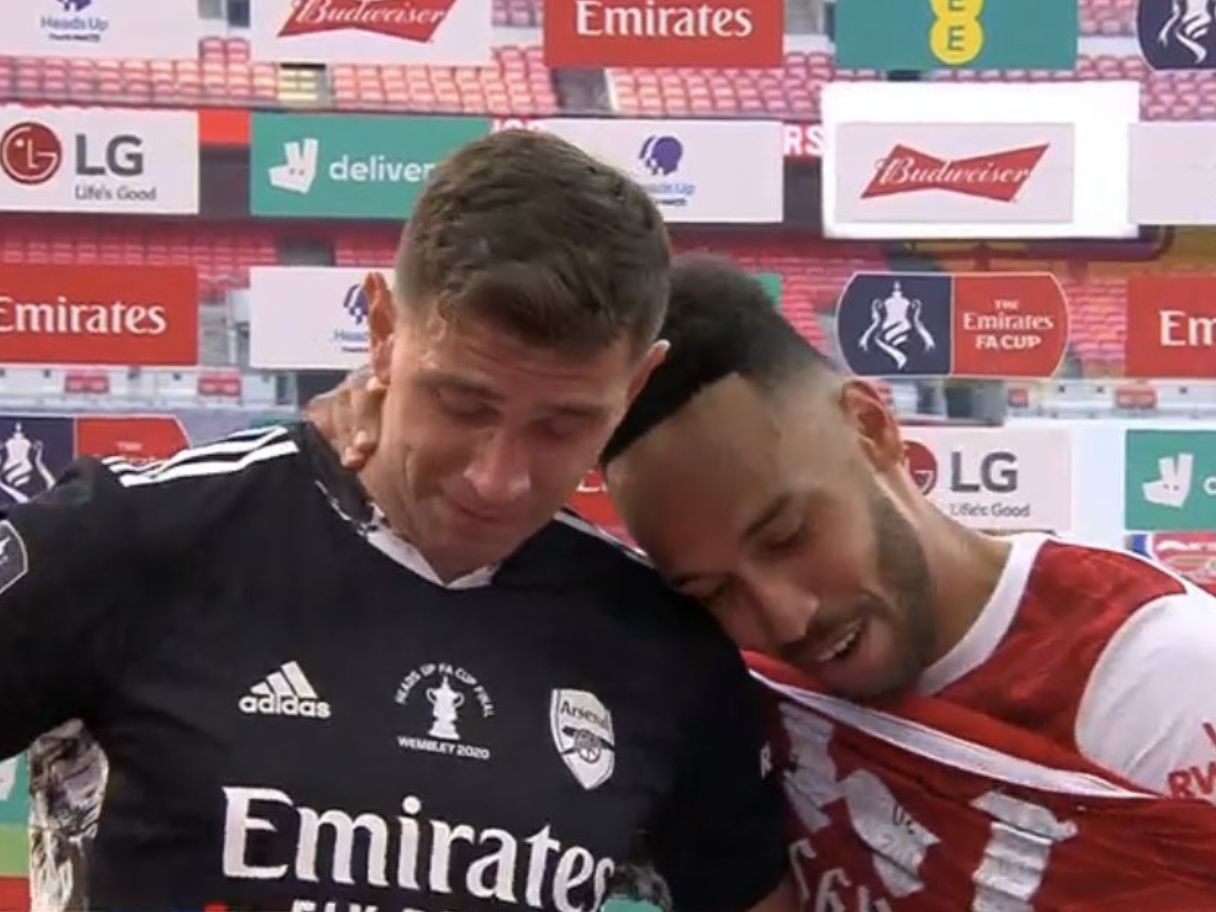 Pierre-Emerick Aubameyang said the players are happy to “follow” Mikel Arteta after the Arsenal boss ended his first part-season in charge by winning the FA Cup.

The Gunners came from behind to beat Chelsea 2-1 at Wembley on Saturday, with the striker scoring both goals.

It was a huge positive for the Gunners to end the season on, after difficult periods throughout 2019/20 and a managerial change mid-season.

An emotional Emiliano Martinez could barely express himself after a decade at the club acting as backup and being loaned out—before finally seizing his chance now and winning a trophy as starter.

“I said to Auba before the game, ‘you’re going to win us the game because you’re captain – and he did it,” he told BBC after the game. “But regarding my family, I can’t talk [due to emotion].”

The goalkeeper couldn’t continue his interview, but captain Aubameyang stepped in to reaffirm that Martinez’s sentiments only echoed the squad’s togetherness.

“We enjoyed today, we’re happy, Emi’s crying; it shows he’s really in the game and this trophy.

“[The manager] deserved this win, he did a great job; we are happy to have him on board and we just follow him.”

The Gunners skipper was also asked about his future but declined the chance to have the last meaningful word off the pitch in the way he had done so on it.