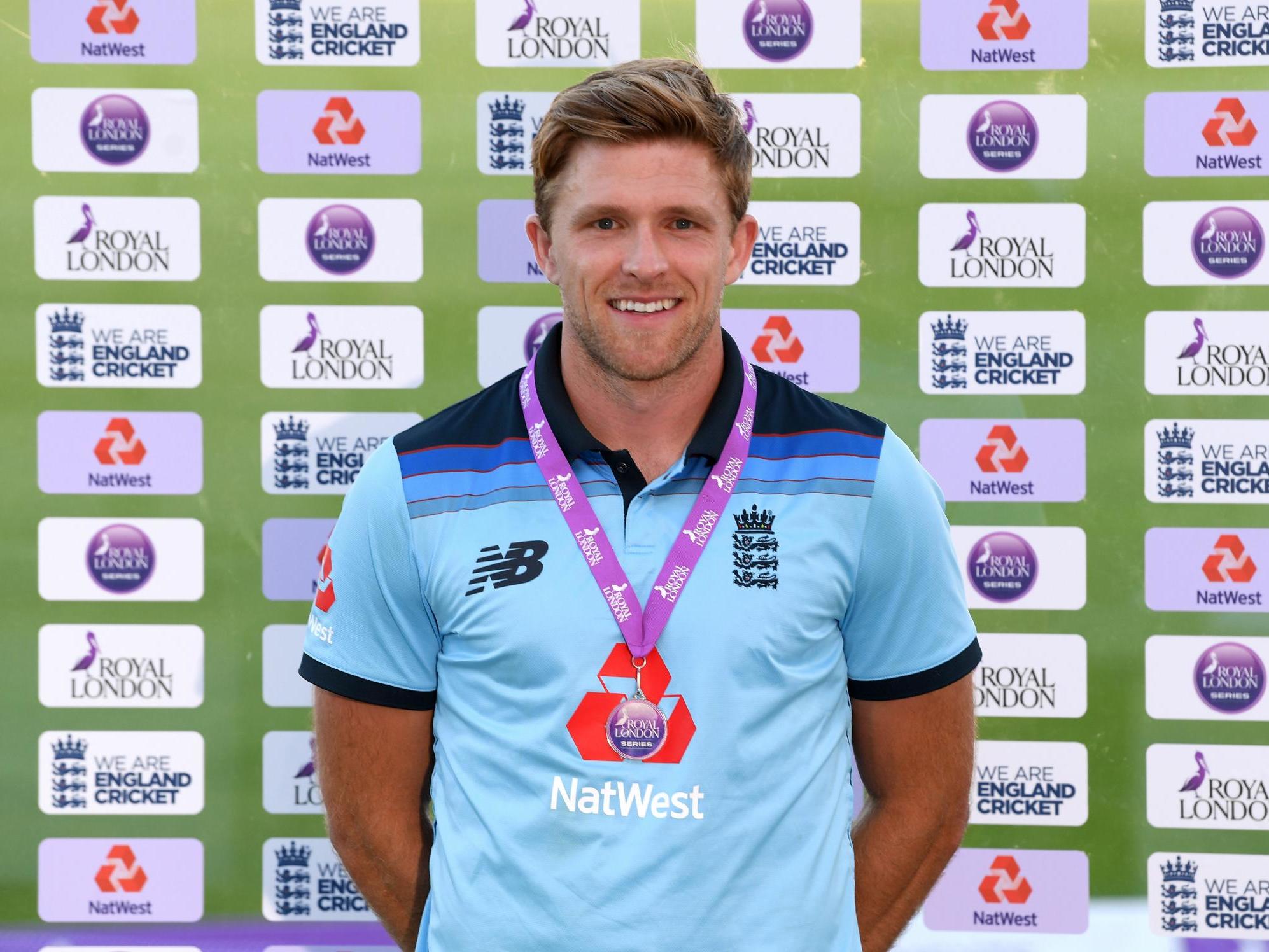 David Willey suggested his best years are still ahead of him as he revelled in the feeling of being back in an England jersey after starring in a six-wicket win over Ireland in the Royal London series opener.

Willey was jettisoned in favour of the newly-qualified Jofra Archer in England’s World Cup squad last year, but the left-armer marked his international return at the Ageas Bowl with five for 30 as Ireland stumbled to 172 all out.

It was his first five-wicket haul for England, who lurched to 78 for four in reply but Sam Billings – another who missed out on a World Cup squad place, ruled out of contention due to a dislocated shoulder – rode to the rescue.

Billings’ ODI best 67 not out helped the hosts to their target with more than 22 overs to spare as they drew first blood in this three-match series which marks the start of a qualifying tournament for the 2023 World Cup.

“It was just special to be playing for England again,” Willey said. “My main priority was to enjoy it, so the (five wickets) were just the icing on the cake.

“I’ve been working quite hard to try to get back to my best and if not better than I have been previously. It’s been a rollercoaster but I was just out there enjoying my cricket.

“I’m moving in the right direction and I feel like my best cricket is still to come. But it’s just great to be back out there wearing this shirt with the Three Lions on, so I just want to enjoy it.”

Willey had been a regular in the England side that rose from the shambles of the 2015 World Cup to topping the ODI rankings as part of a remarkable transformation under Eoin Morgan over the next four years.

But after England went on to win the World Cup without him, Willey has previously said he started to come to terms with the idea his international career might be coming to an end after being overlooked for limited-overs assignments in New Zealand and South Africa last winter.

Willey, though, highlighted England’s strength in depth in the white-ball formats, emphasised by some of the talents that have been left out of this 14-man squad which is missing several World Cup stars due to their Test commitments.

“It is an unbelievable squad,” the 30-year-old said. “You just have to look at the guys who didn’t get a look in and some of the guys who have gone home from this camp trying to find a way.

“It is credit to English cricket how many players there are trying to get in the side.

“Circumstances have given me this opportunity. I didn’t get a look in over the winter, I missed out there. The extended break has been really good for me.

“The timing for all of this has worked out perfectly for me and it was the icing on the cake for me.”

While Ireland managed to cause a few jitters in the home dressing room, they were ultimately left to rue an underwhelming collective display from their batsmen after limping to 28 for five.

However, debutant Curtis Campher, a South African-born all-rounder who qualifies through his mother’s passport and who has never before even played in Ireland, helped his country avoid complete embarrassment.

An innings of 59 not out from 118 balls may look pedestrian by modern standards, but his composed and watchful knock thwarted England for a spell and made sure they were not faced with a perfunctory chase.

Ireland captain Andrew Balbirnie said: “I thought it was very impressive for a guy who has come in and he’s not even played a game in the country yet in Ireland.

“To come in as a 21-year-old and put in a performance like that was exactly what we needed. It was as good a debut as I’ve seen in an Irish shirt in the last number of years.”