Why Battle Royale is a world away from The Hunger Games 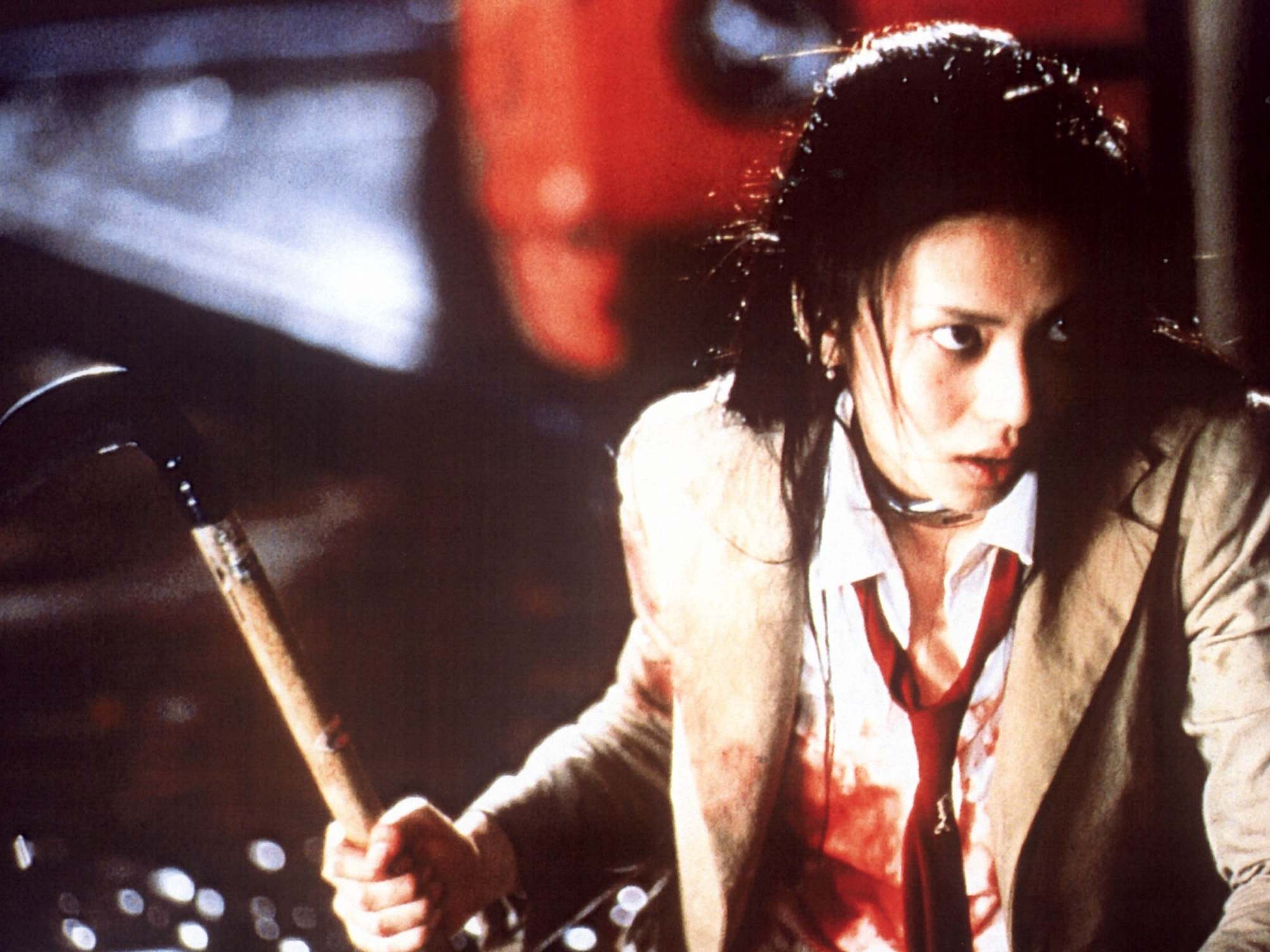 We should cut The Hunger Games some slack – it’s not, as people like to excitedly claim, a tactless rip-off of Battle Royale. The YA series’s author, Suzanne Collins, was only informed of the Japanese book about teens fighting to the death – and its subsequent film adaptation – after she’d penned her own take on the subject. It does both a disservice to pit them against each other.

The image of human beings thrown into the arena, forced to do battle for sport, entertainment, or political gain, has been with us since the gladiatorial games of the Roman Empire. Battle Royale and The Hunger Games certainly owe a debt to 1932’s The Most Dangerous Game, where aristocrats hunt humans like big game, and 1982’s The Running Man, where the sport becomes a televised game show – stories both adapted for the big screen. Battle Royale, published in 1999, wasn’t even the first to put the young at the centre of this deadly narrative. When the film came out two years later in the UK, The Independent’s Anthony Quinn described it as “a cross between Lord of the Flies and Survivor”.

There’s more to be gained, in fact, from exploring the differences in these stories, rather than their similarities. Many will already be familiar with the televised death matches of Panem, where children from 12 of the country’s districts are selected by lottery to fight in The Hunger Games. Panem is a dystopian vision of America. These yearly, state-sanctioned massacres are broadcast as propaganda – a way to keep the population pliant through fear. The book and its 2012 film adaptation are funereal in their approach, conscious of how easily their dystopia trickles into real-life, where school shootings and income inequality are endemic.

There are no TV cameras broadcasting the Battle Royale. In the opening scene, reporters crowd around the previous year’s winner – a young girl, soaked in blood and clutching a soft toy – but we never hear from them again. The contest has more the air of a secret ritual, dense with rules and practises. Every year, the government picks a class of schoolchildren and transports them to a remote island. The students are each given a backpack with essential supplies and a randomised weapon – a machine gun if you’re lucky, a pot lid if you aren’t. They are fitted, too, with a metal collar that explodes at the push of a button. If you refuse to participate, you die. If there isn’t a sole survivor after three days, you still die.

The film is savagely violent, at odds with the bloodless PG-13 kills of its American compatriot. One scene sees two girls stand atop a hill, using a megaphone to plead with their classmates to put down their weapons. They’re swiftly gunned down from behind, as the killer puts the megaphone up to one of his victims’s lips and lets her dying screams ring out across the island. In Japan, Battle Royale’s release in 2000 sparked a major debate over art, censorship, and free speech. Politicians deemed it “crude and tasteless”. It was slapped with the rarely employed R-15 rating. The film’s director, Kinji Fukasaku, a then-veteran of the industry known for his yakuza films, pushed back, telling teens to sneak in and watch the film anyway. It was a box office hit.

In the US, it struggled to land a distributor in the aftermath of the Columbine High School massacre – Japanese executives were warned by lawyers that “they’d go to jail” if the film received a wide-release in the country. While it took a decade for the film to reach cinemas, its influence somehow galloped out ahead of it. Quentin Tarantino counts it as one of his all-time favourites, having cast star Chiaki Kuriyama as Gogo, the mace-twirling schoolgirl in 2003’s Kill Bill. Video games have also adopted the name (and many of the rules) of Battle Royale, with players in PlayerUnknown’s Battlegrounds and Fortnite competing to be the last person standing.

But Battle Royale’s incendiary reputation doesn’t really pay justice to how strangely, disarmingly sentimental it is, as underscored by Masamichi Amano’s swooning strings. The film’s screenplay, written by Fukasaku’s son Kenta, imagines the brutality as a direct result of teenage passions. These characters aren’t moved to kill by the profound hopeless of their situation, but by unrequited crushes, jealousies, and clique loyalty. “You’re so cute”, are a boy’s dying words to the girl who just shot him. We’re are dealing with villains and heroes, but something far more pedestrian – nerds, mean girls, and outcasts. The barbarity doesn’t come from them, but from the situation they’ve been forced into.

Fukasaku was drawn to Koushun Takami’s book because it reminded him of his own youth, as a 15-year-old in the Second World War. His class were made to work in a munitions factory. Day after day, it came under artillery fire – so swift and relentless that children were forced to use each other as shields. Fukasaku’s job was to take a wheelbarrow around the factory floor and pick up body parts. It changed his perspective on a few things: friendship took on a new, hollow meaning. He lost his faith in his elders, who had betrayed him so cruelly.

The same could be said of the teens in Battle Royale. The film takes place in a near future where the economy has collapsed, unemployment has soared to 15 percent, and 800,000 children have boycotted their schools. Japan’s government passes the Millennium Educational Reform Act (or the BR law, which imposes these deadly games) in a bid to scare the youth into submission.

In a way, the film predicted its own fate. Politicians framed the film as a malignant influence on Japanese youth, who were already at risk of becoming lawless miscreants. A recent string of high-profile crimes allegedly committed by teens – several stabbings and the bombing of a video store – provided the government with a perfect scapegoat for the broader ills of economic decline and social isolation. In the film, you can see the same seething resentment in the class’s teacher (played by cinema legend and host of Takeshi’s Castle, Takeshi Kitano), who can’t even wait for the game to start to kill off a couple of disobedient students. The Hunger Games teens might be political pawns, but in Battle Royale – they’re the targets.