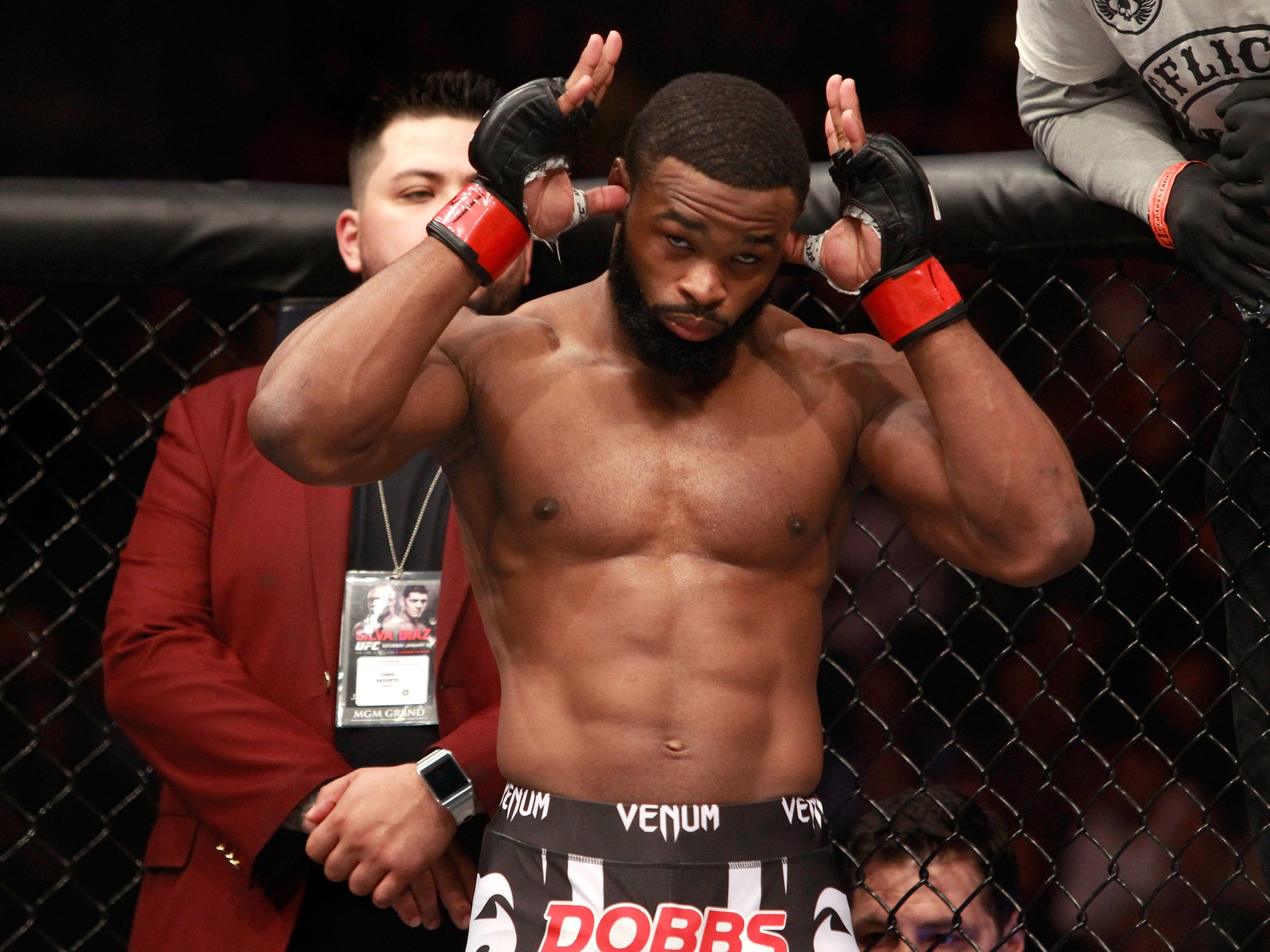 Woodley kept his answers brief and pointed, answering every reporter’s question with a variation of his chosen message.

“I feel like, you know, a victory here just really shows how much Black lives matter,” he said in response to another reporter’s question.

When asked if there was anything specific that he wanted to say about the Black Lives Matter movement, Woodley straightforwardly replied, “Just the fact that Black lives matter. I think it’s pretty simple.”

Covington, meanwhile, wore a “Make America Great” again hat to his own press conference, which was held shortly before Woodley’s. When asked about the role of race in this weekend’s main event, Covington said, “The only race in this fight is the race to get Tyron Woodley out of the UFC.”

Woodley has been a long-time supporter of Black Lives Matter, especially after the 2014 fatal shooting of Michael Brown by police, which happened in the fighter’s hometown of Ferguson, Missouri. In recent months, the movement has taken centre stage in countless protests around the world after the deaths of George Floyd and Breonna Taylor by police.

In an ESPN interview published earlier on Thursday, Woodley spoke about how he feels “a huge social responsibility” to be an activist, even though some people want him “to just punch.”

“This is probably the most momentum we’ve had,” he said. “The momentum should be utilised to make a change, an impactful change — short-term, long-term. Just a comfort, make people feel like we are one. We got your back. We understand. But what I do like about this this time around is that you have a lot of non-African American people speaking out because it’s right.”

Woodley said in the same interview that he wished the UFC would do more to outwardly show support in situations like these, especially after leagues like the NBA allowed players to wear social justice-inspired messaging on their jerseys during this year’s playoffs.

“I wish the UFC would do a little bit more; I’m really not happy with that,” Woodley said. “I had a long conversation with [UFC president] Dana White about it when the riots happened at Ferguson. I wanted them to utilise me to show a positive spin.”