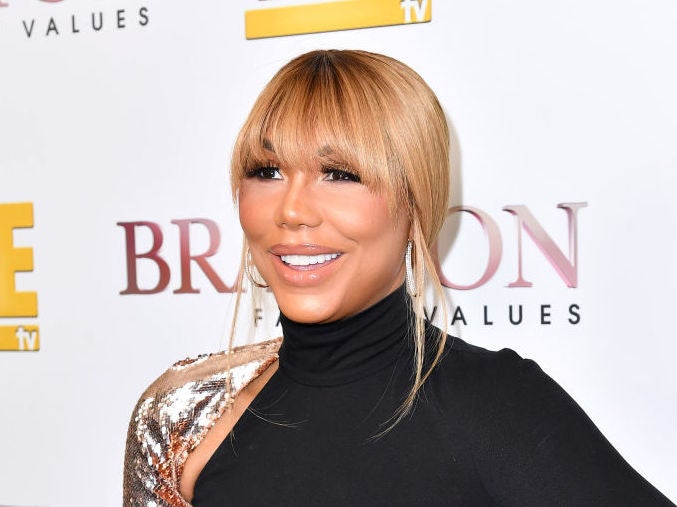 Tamar Braxton has confirmed that she attempted suicide in early July, while calling out reality television for “toxic exploitation”.

The musician, reality TV star and sister of singer Toni, was taken to hospital on 16 July after being found unresponsive in a Los Angeles hotel suite by her boyfriend.

In an Instagram post, accompanied by a photograph of her and son Logan, Braxton said that she had tried to take her own life.

“Mental illness is real,” she wrote. “We have to normalise acknowledging it and stop associating it with shame and humiliation. The pain that I have experienced over the past 11 years has slowly [eaten] away at my spirit and my mental [health] … It was only God’s grace and His mercy on my attempt to end my pain and my life that I am here to utilise my voice.”

Braxton also wrote that she had been “betrayed, taken advantage of, overworked and underpaid” throughout her time on reality television. She cited it as the source of her mental illness, and pledged to help “those who [suffer] from mental illness, including those of us [whose] mental illness was only a result from the toxic, systematic bondage that dwells [in] television.”

She claimed that attempts to change her work circumstances had been ignored.

“Who I was [began] to mean little to nothing, because it would only be how I was portrayed on television that would matter,” she wrote. “It was witnessing the slow death of the woman I became, that discouraged my will to fight. I felt like I was no longer living. I was existing for the purpose of a corporation’s gain and ratings, and that killed me.”

Braxton also called out a reality television industry that provides “no coat of protection [or] formal representation that protects our labour, our rights, our voices”. She added: “They promise us opportunity but produce exploitation, which has only developed a poor portrayal of black people in show business.”

Braxton rose to fame on the reality series Braxton Family Values, and soon embarked upon a TV career as one of the hosts of the daytime talk show The Real.

She has also released four well-received albums, most recently 2017’s Bluebird of Happiness.

Her TV credits include the US version of Celebrity Big Brother, which she won in 2019, and the forthcoming competition series To Catch a Beautician.

If you are experiencing feelings of distress and isolation, or are struggling to cope, The Samaritans offers support. You can speak to someone for free over the phone, in confidence, on 116 123 (UK and ROI), email [email protected], or visit the Samaritans website to find details of your nearest branch.

If you are based in the USA, and you or someone you know needs mental health assistance right now, call National Suicide Prevention Helpline on 1-800-273-TALK (8255). The Helpline is a free, confidential crisis hotline that is available to everyone 24 hours a day, seven days a week.