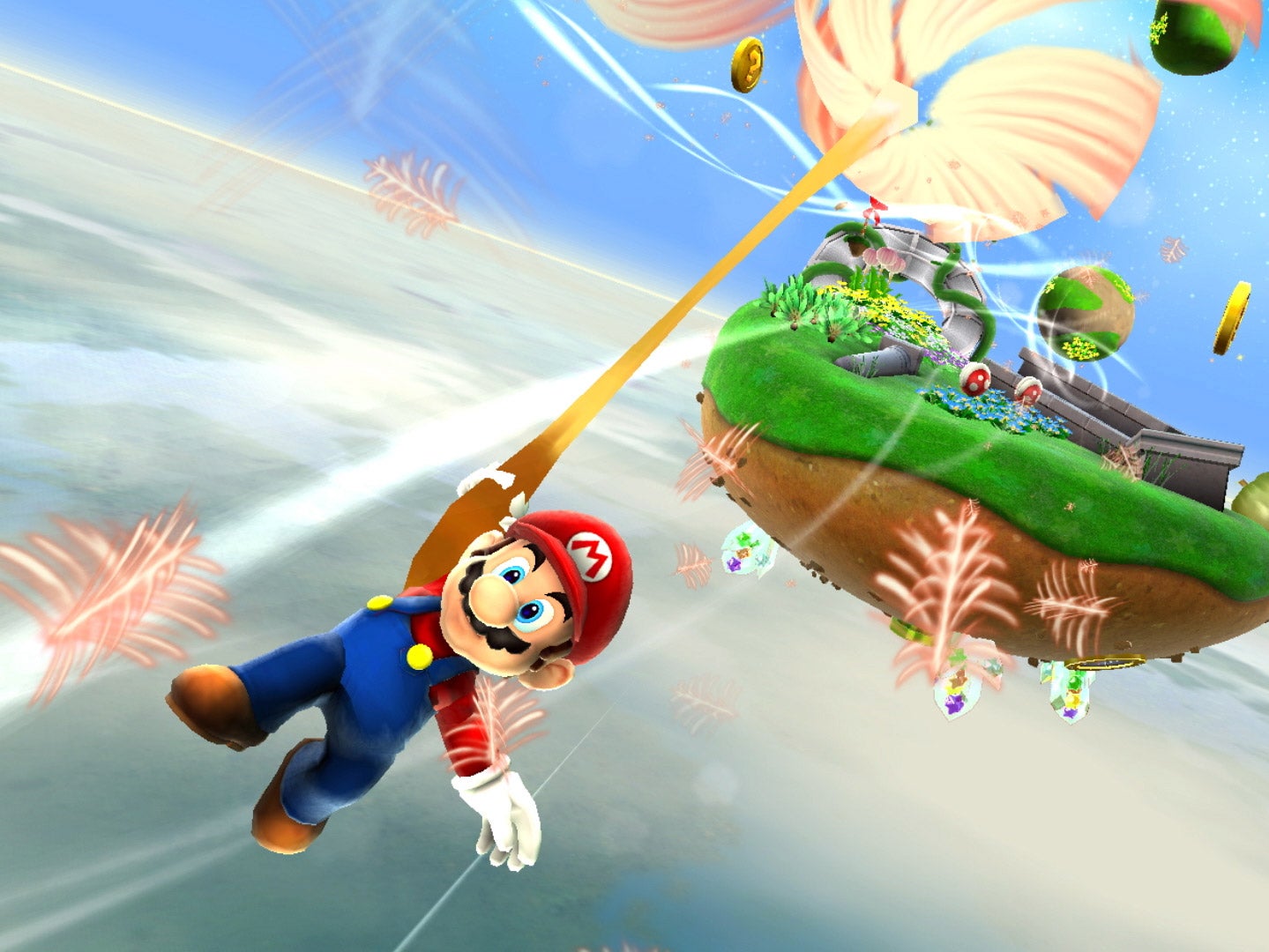 When Super Mario 3D All-Stars was first announced a mere few weeks ago, the news was met with jubilation, but no real surprise. Nintendo has always clung to nostalgia, worn it like a favourite coat. The games included in this three-part Nintendo Switch collection – Super Mario 64, Super Mario Sunshine and Super Mario Galaxy – are particularly low-hanging fruit, nostalgically speaking.

Of the three, Mario 64 remains the crudest, and, for many, the most familiar. Released in 1997, it practically re-invented the platform game, and laid the groundwork for most of the Mario games that have followed. It looks bricky and feels unsophisticated by today’s standards, but this is platforming at its purest – a piece of gaming history, re-exhumed.

Super Mario Sunshine, often shunned as the black sheep of Mario’s 3D family, is given more of a visual polish here. Originally released on GameCube, Sunshine retains a lot of the slick, crafty gameplay of Mario 64, but drapes it around a weird, disorienting plot. The gimmick – an artificially intelligent backpack hose from which Mario can spray water and propel himself upwards – can be a little hit-or-miss, but there’s something strangely spiriting about Sunshine’s breezy island setting. Its inclusion here is unlikely to spark some grand re-evaluation, but for those who were on-board in 2002 – or who never gave it a try – it’s a welcome one.

Super Mario Galaxy, released originally on the Wii in 2007, is simply a superlative platformer, sending its moustachioed protagonist into outer space in pursuit of the kidnapped Princess Peach. The control scheme on the Switch can be slightly cumbersome at times – a result of the translation from the original Wii motion controls – and the graphics are a little more defined, but otherwise, Galaxy feels like its old, same self. That is to say, a joy to play.

The buzziest re-releases usually feature significant updates to the graphics or gameplay – think Ratchet & Clank, last year’s Spyro Re-ignited and Crash Bandicoot trilogies, or this year’s superb remakes of Final Fantasy VII and Tony Hawk’s Pro Skater 1 + 2. If a developer is willing to invest time, money and care into repackaging an old game, they can give it fresh life. Nintendo hasn’t quite done that here – these games remain almost defiantly unaugmented – and the bizarre release window, which sees the collection available only until March 2021, is also unlikely to foster much goodwill. But for those without access to the originals, Super Mario 3D All-Stars is a no-brainer: a timeless trinity of platforming royalty.