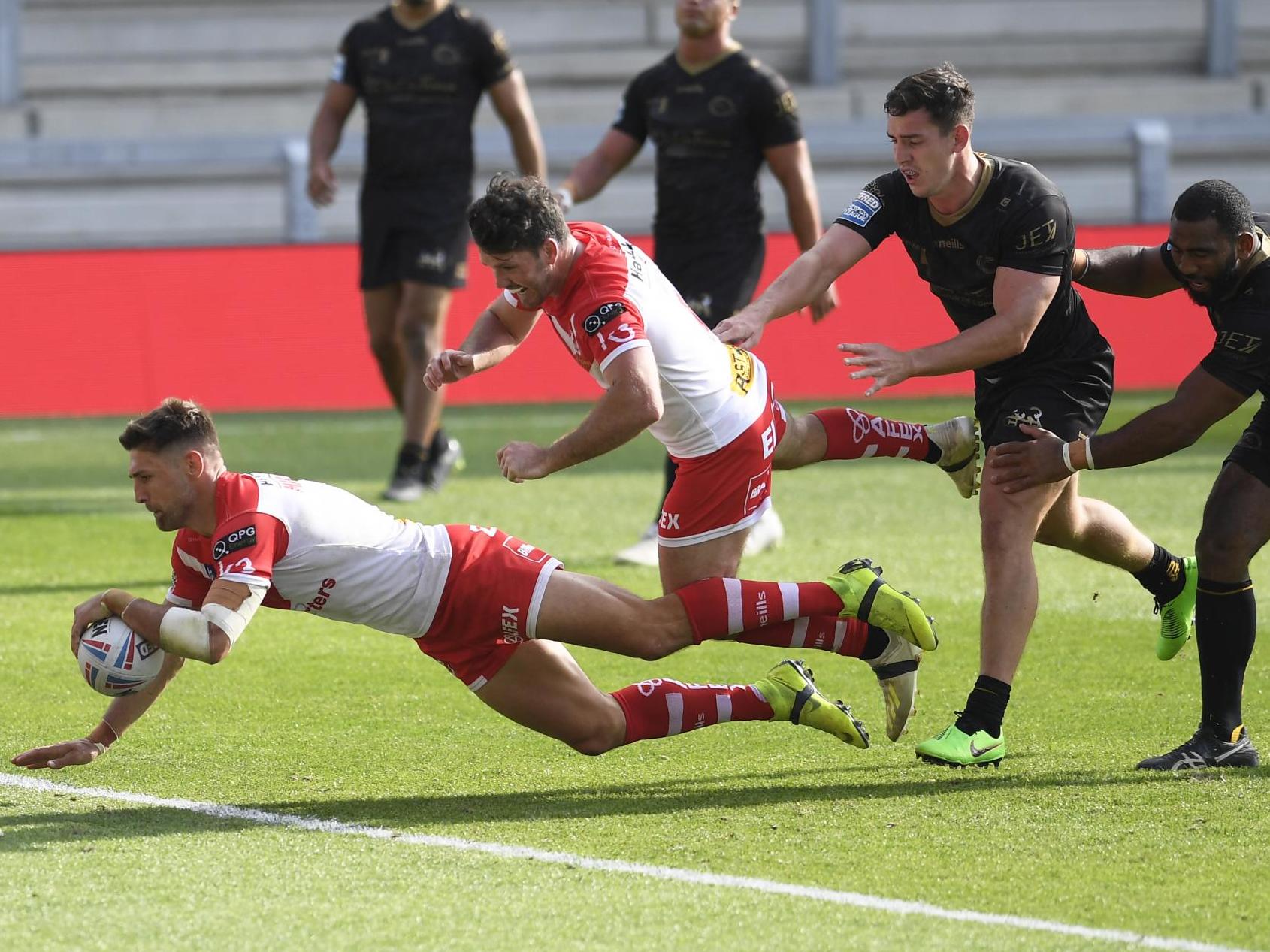 Super League champions St Helens eased their way back into the season with a resounding 34-6 win over a disappointing Catalans Dragons in the opening game of a behind-closed-doors double header at Headingley.

The match, postponed in February due to Saints’ involvement in the World Club Challenge, marked the resumption of the campaign after a near five-month lay-off caused by the coronavirus pandemic and Kristian Woolf’s men did their best to restore a touch of normality.

Bereft of both spectators and scrums, the game marked the arrival of a new set of regulations highlighted by the “six again” rule copied from the NRL, and St Helens proved themselves more adept to change.

Saints, who suffered a surprise defeat to Castleford in the last match before lockdown, had England veteran James Graham back in their side, 17 years since he made his debut, and it was as if he had never been away.

His powerful runs and strong defence helped offset the loss of regular forwards Matty Lees and Dom Peyroux, who missed out through illness and injury respectively, and lay a platform for an impressive first-half display.

The Dragons, who gave a debut to former Wigan winger Tom Davies, were the first Super League club to resume training yet they looked disjointed for most of the game and trailed 28-0 before James Maloney scored their only points.

After five months of lockdown, their performance will be deeply disappointing for coach Steve McNamara, whose side face four more trips to England before they can look forward to playing a home game.

It was the Lachlan Coote show for the first half-hour as Saints’ Scotland full-back opened the scoring with a 13th-minute penalty, took Zeb Taia’s instinctive inside flicked pass to score the first try and slid a kick to the corner on the last tackle for second rower James Bentley to touch down.

Back rower Taia then added a third try, courtesy of a neat short pass from stand-off Jonny Lomax, and Coote’s third goal made it 16-0, a half-time score that reflected the champions’ dominance.

Dual-code international Israel Folau, who raised eyebrows at the kick-off when he opted not to take the knee as the rest of the players acknowledged the Black Lives Matter cause, came nearest to scoring for the Dragons as he was tackled inches short of the line just before half-time.

Any hope of a fightback by the French club was dashed within five minutes of the re-start when Lomax supported a break by front rower Louie McCarthy-Scarsbrook and put Coote over for his second try.

Coote kicked his third goal to extend the lead to 22-0 and the suspect Catalans defence was exposed once more after 52 minutes when England winger Tom Makinson left a trail of destruction on a mazy run to the line for a solo try.

Maloney slipped through a rare gap in the Saints defence for a Catalans try on the hour and he added the conversion but their defence once more resembled the cardboard cut-outs in the stands as prop Alex Walmsley went on a rampaging run to score the champions sixth try, Coote taking his goal tally to five from seven attempts.

While it was mission accomplished for Saints, the only consolation for the Catalans is that there were no fans to jeer their abject performance.