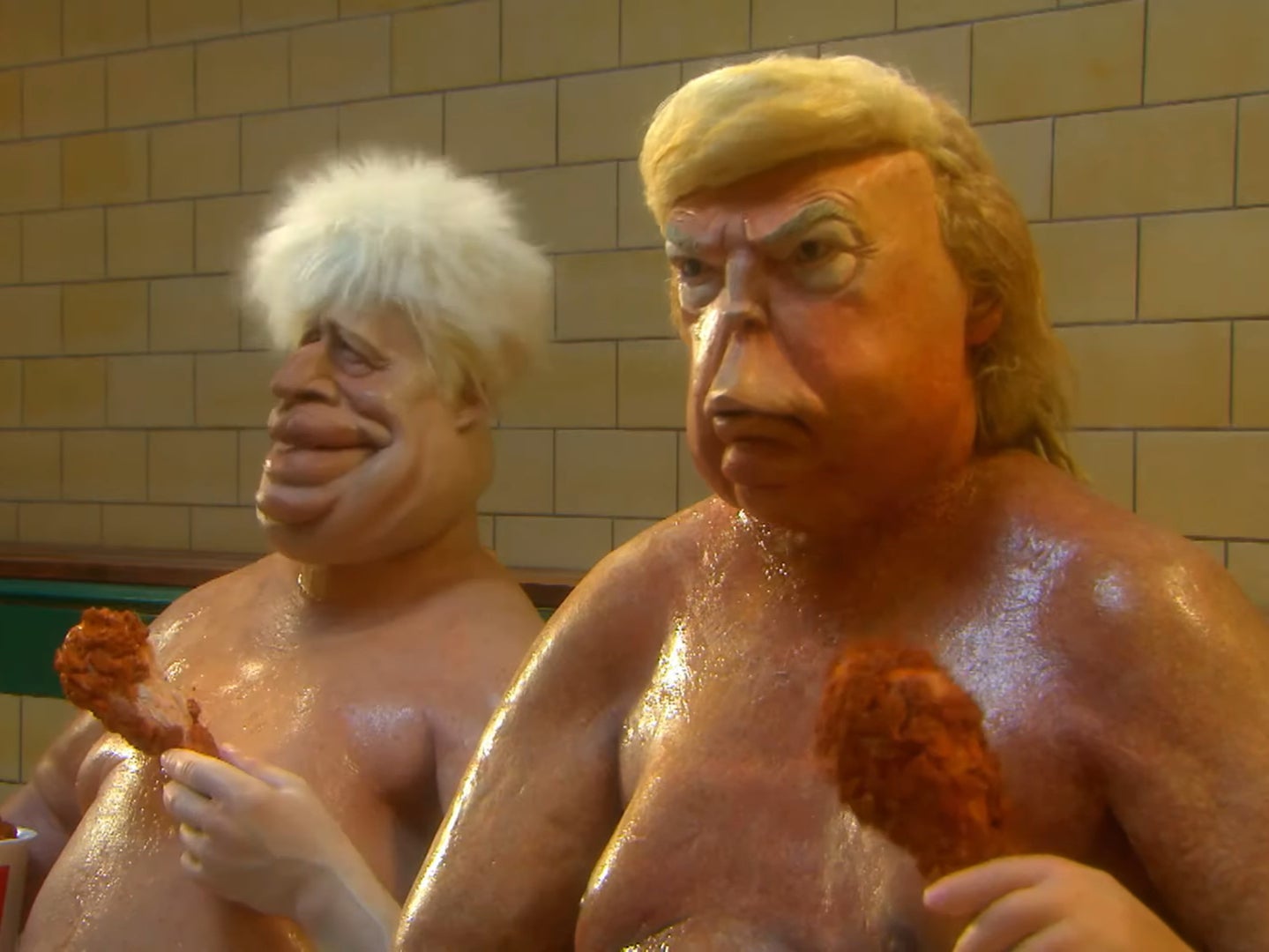 The first trailer for the BritBox reboot of Spitting Image has been released, and has been met with a mixed reaction from viewers.

A puppet version of US president Donald Trump features heavily in the trailer, appearing in conversation with a puppet designed to look like Boris Johnson.

Towards the end of the trailer, Trump and Johnson are depicted eating fried chicken in a sauna, when they get into a fight with Vladimir Putin.

The fight includes a moment of full-frontal nudity when Trump and Johnson are attacked in the genitals.

Reaction to the clip has been varied, with many people on social media stating that they “didn’t laugh once”.

One Twitter user wrote: “Didn’t really need the close up of the genitals. That’s not really in-keeping with the spirit of the original.”

“That is too gross and explicit, not what I was expecting, can’t watch it with the family,” wrote someone else.

Spitting Image faced particular criticism for its parody of 17-year-old autistic climate activist Greta Thunberg, with many arguing that it was cruel to mock a teenager.

Thunberg seemingly saw the funny side, however, and “liked” the image when it was first posted on Twitter.

The series has been the subject of other criticism, with some viewers suggesting that facets of certain puppets’ appearances – such as an oversized nose on the Mark Zuckerberg puppet – seemed to be rooted in racist and antisemitic stereotypes.

The trailer can be viewed in full here.