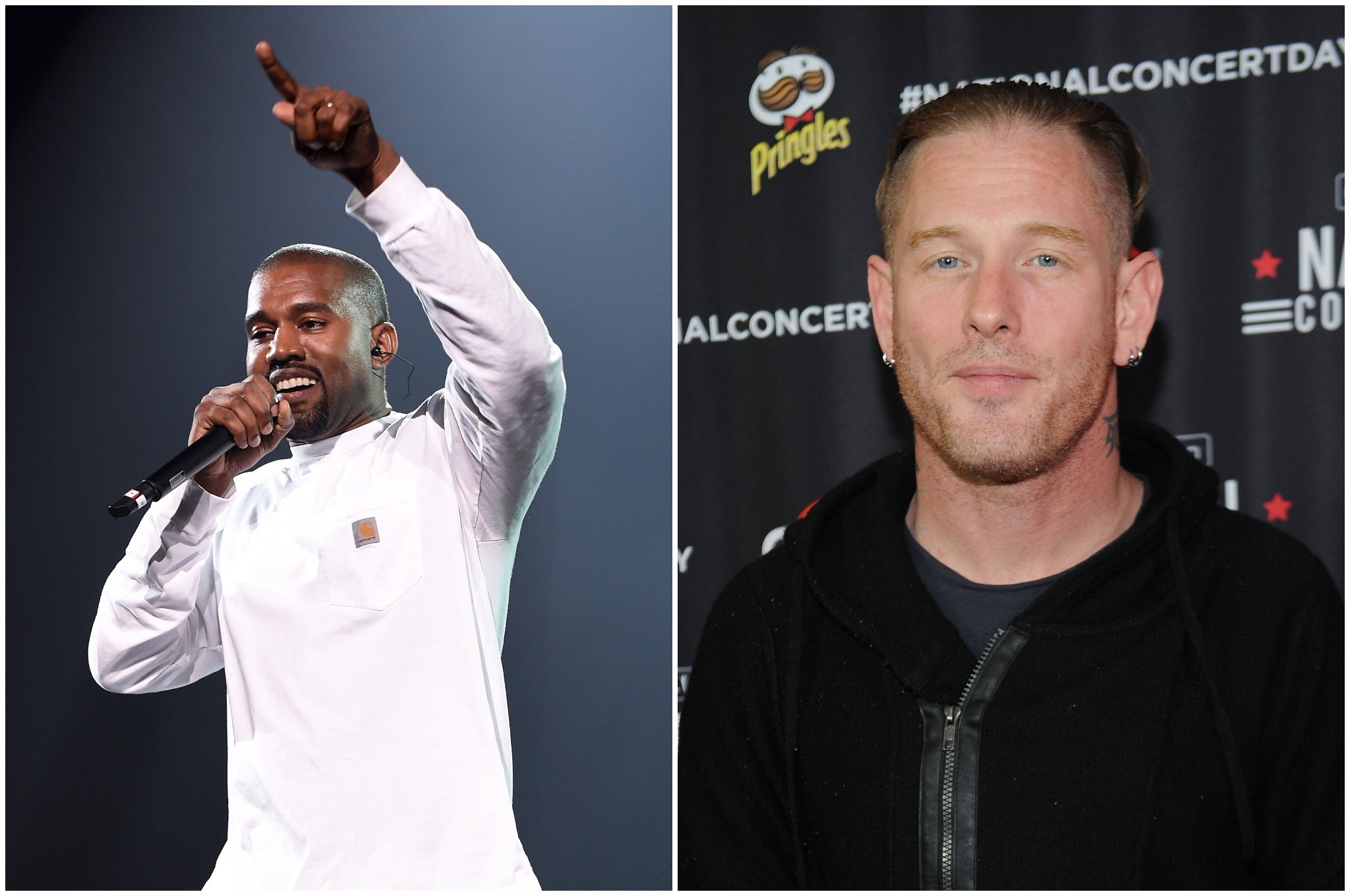 Corey Taylor has become the latest artist to express his support for Kanye West, after the rapper caused concern over his public behaviour.

Speaking to Loudwire, the Slipknot frontman speculated that West’s documented mental health issues had been “[exacerbated] with fame and money and all of these different things”.

“People have a right to be concerned,” he continued. “He’s got a family, he’s got people who care about him and worry about him.”

He said: “It’s one thing to laugh about it from afar; it’s another thing to watch a breakdown happening in real-time, especially with someone who is loved by so many people, and a lot of his actions are taken very seriously.”

“I just hope that he gets the help that he needs,” he concluded.

In the same interview, Taylor mocked people who refuse to wear masks to help prevent the spread of Covid-19.

“I keep looking at all these Karens and these people having freak-outs about wearing a mask… get out of my face with that s**t,” he said. “I wear [a mask] for a living, you can’t wear it for 10 seconds to go buy some produce?”

Listen to the full interview below:

Tesla CEO Elon Musk, who has known West for around 10 years, recently said he had reached out to him after his outbursts on Twitter.

In one string of posts, West claimed his wife, Kim Kardashian-West, had tried to get a doctor to have him “locked up”, and also appeared to accuse her and his mother-in-law, Kris Jenner, of being white supremacists.

“When he was about a third of the way through the tweet rampage, just to see if he was doing OK, I sent him a text saying, you know, just checking on you, a lot of people are worried, just wondering if you’re OK,” Musk was quoted as saying.

“And he called me back and he actually seemed fine. He video FaceTimed me and he was in Wyoming with a bunch of friends. He seemed fine on the call. But it sounds like things are, you know, not fine. There seem to be a lot of issues.”

After West’s tweets, which were quickly deleted, Kardashian-West wrote in a statement on Instagram: “As many of you know, Kanye has bipolar disorder. Anyone who has this or has a loved one in their life who does, knows how incredibly complicated and painful it is to understand.”

If you are experiencing feelings of distress and isolation, or are struggling to cope, The Samaritans offers support; you can speak to someone for free over the phone, in confidence, on 116 123 (UK and ROI), email [email protected], or visit the Samaritans website to find details of your nearest branch.

If you are based in the USA, and you or someone you know needs mental health assistance right now, call National Suicide Prevention Helpline on 1-800-273-TALK (8255). The Helpline is a free, confidential crisis hotline that is available to everyone 24 hours a day, seven days a week.