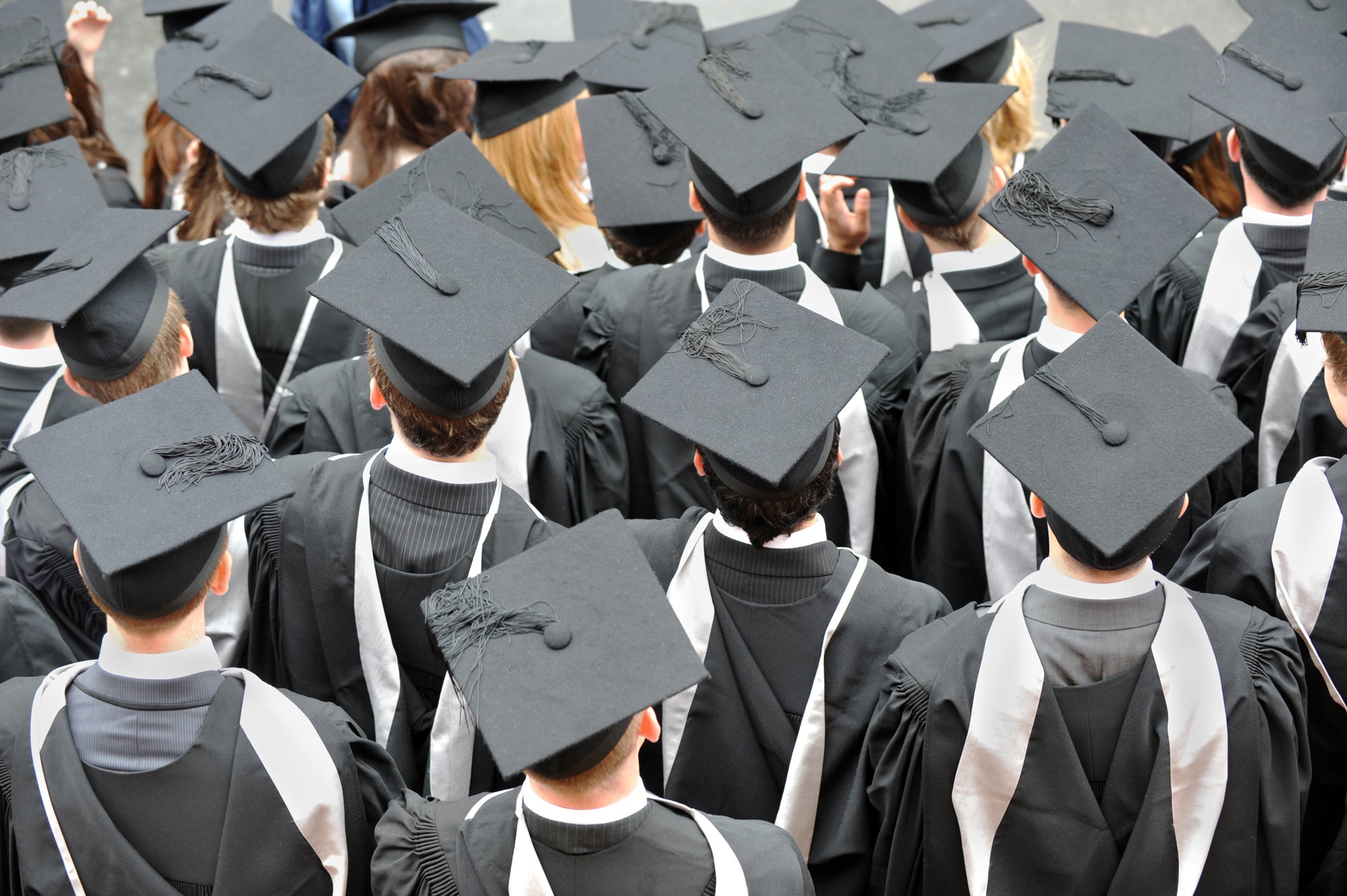 ack Miller will return to his second year at the University of Newcastle this month. The 19-year-old says ahead of his arrival, after a summer of lockdown, his primary feeling is confusion over the new coronavirus measures, which stop gatherings of more than six people, but do allow offices and schools to remain open. He says as this measure will stop people mingling in social settings (like shared halls and bars) and many nightclubs remain closed, he thinks students will become resourceful and turn to technology to orchestrate meetups for sex – preferably in off-campus accommodation outside the jurisdiction of the university.

“I think as clubs are closed, more will turn to using apps [for] casual sex,” he says, believing that many, like him, will be undeterred by the ongoing pandemic from enjoying their university experience. Charlotte*, 19, a second-year student at the University of Surrey, agrees that people will continue to have casual sex in the first weeks of term. Although she says she is more worried so has developed a policy of waiting seven days between partners – to ensure she hasn’t developed any Covid-symptoms.

Fresher’s sex, or any casual sex at university, has always been part of the higher-educational landscape: bringing together large numbers of young people, away from home for the first time, without curfews, with shared accommodation and widespread consumption of alcohol creating the perfect storm. Mark Zuckerberg designed a whole social media platform to make campus hookups easier, “traffic light parties” – where coloured stickers indicate whether you’re single, taken, or taken but willing – were a staple of early noughties student unions, even The Inbetweeners manage to get laid in the one episode they visit a university.

Although some reports suggest that young people are having less sex than ever before, and are binge drinking less than previous generations, a YouGov study from February this year found 18 to 19-year-olds are still having more sex than any other age group: an average of 1.8 times per week compared to 1.1 for everyone else. So what happens when they return to university this year? After a summer spent in lockdown – at home with parents, unable to travel or go out with their friends – how will students feel about having casual sex? Not only do new rules present a legal obstacle to getting laid, but fear of the virus remains.

Boris Johnson has urged students to “wash your hands, cover your face, make space and don’t socially gather in groups of more than six, now and when term starts.” The Department of Education has issued guidance for universities, which may impose fines and disciplinary action on students who are found breaching social-distancing rules.

Five universities in the Greater Manchester area — including the University of Bolton, a city currently under local lockdown — have already issued warnings to students, advising them to choose virtual freshers’ events organised by the Student’s Union over clandestine parties. Big social gatherings are of course prohibited, and the £10,000 fine recently incurred by a 19-year-old student in Nottingham for organising a 50-guest house party may well be dissuasive enough. The absence of parties will of course reduce opportune moments for meeting or unplanned escapades – but at least meeting elsewhere is still an option.

At other universities though, including Cambridge, University College London, and East Anglia, which have banned overnight guests, the difficulties are even more so as households are expected to function as “bubbles”, which remain unbroken. In this circumstance, almost all of the options for meeting new people have been removed.

Eleanor Cochrane of Sexpression:UK, a sex education charity, says for these people perhaps it will require rethinking what is possible under the new circumstances – housemates might be an alternative pool of interest. “In the past students may have been advised against sleeping with your housemates because of the difficulties navigating these relationships, but we may find that this becomes the new normal,” she says. Charlene Douglas, a sex, relationships and intimacy coach, says “students might prefer to have one partner that they have sex with regularly on a casual basis, as opposed to multiple partners.”

For others who are able to meet people without breaking rules or incurring financial penalties, there is still concern over the health risks of the virus. Olivia Emily, 20, who is starting her third year at Cambridge University, like Charlotte, is more worried about the risk of the virus than what the rules might mean for meeting new people. She has decided she will ask potential partners if they think they could have coronavirus and will make sure both parties are comfortable with the risks. “I think I’d get a lot of stick if I gave my friends Covid-19 for the sake of a shag,” she jokes.

Undoubtedly – restrictions will make intimacy and relationships more difficult. Such restrictions “will clearly make having close student friendships and intimate relationships difficult,” said Nick Hillman, director of the think tank Higher Education Policy Institute. For Andy Squire, Chief Executive of the University for the Creative Arts’ Students’ Union, the challenge for universities will be to strike a balance between protecting students’ health and ensuring a decent level of social interaction for the sake of students’ mental wellbeing.

Young people are already taking much of the flak for the rise in cases and a potential second wave, and after a year of algorithm-predicted grades (which left many unable to attend the university of their choice), many courses being moved online to Zoom lectures for at least £9,000 a year, and languishing economic prospects as the UK enters another historic recession, it’s easy to see why a no-strings attached night of fun might offer some relief.

Some universities have decided to address the issue head-on and not just pretend it won’t happen. Bournemouth for instance will welcome representatives from Sexual Health Dorset to the Freshers’ Fair and Goldsmiths, University of London, will be among the institutions sharing the guidelines for safe sex published in August by the Terrence Higgins Trust, which include no kissing, no face-to-face positions, and wearing a mask.

But despite the publication of such guidance, Cochrane says that guidance on having safe sex during coronavirus remains scarce. Not only do students now have to worry about the ever-present problems of sexually-transmitted infections (STIs) and unwanted pregnancies, but also a novel virus being passed between them and any potential partner. “Guidance on safe sex during Covid-19 has not been widely publicised and it is very possible that university students will not be aware of how they can safely have sex during these unique circumstances,” she says.

Although it is easy to dismiss this part of the university experience as insignificant when you consider what is at stake, experts say that it could have an impact on young people navigating relationships. “Often clients refer to their earlier years during university as a time when they started their sexual journey, and learnt about their sexual desires. Casual relationships allow people to explore their sexuality and have fun in a non-pressurising environment,” says Douglas. Abstinence from casual sex may therefore make it more difficult for students to develop their sexual confidence longer term.

Others are optimistic that a year of respite from the pressures of hook-up culture, that often overlaps with excessive drinking, could see a reduction in the number of non-consensual sexual encounters at UK universities.

Douglas believes that less casual sex may encourage students to explore different paths to sexual gratification: “With fewer opportunities to meet new people, students may worry that they’re unable to explore. We hope instead some of this time might be spent having open conversations with friends, exploring their bodies through solo sex, and reflecting on their boundaries.”

Whether coronavirus will spell the end of casual sex at university is yet to be seen: but as ever-changing rules keep students away from their peers, and Matt Hancock ominously warns not to “kill your gran”, it’s unsurprising that this academic year is shaping up a little differently. For those who have decided to take the plunge and go to university in such unprecedented times, perhaps a one night stand is the least of their worries.