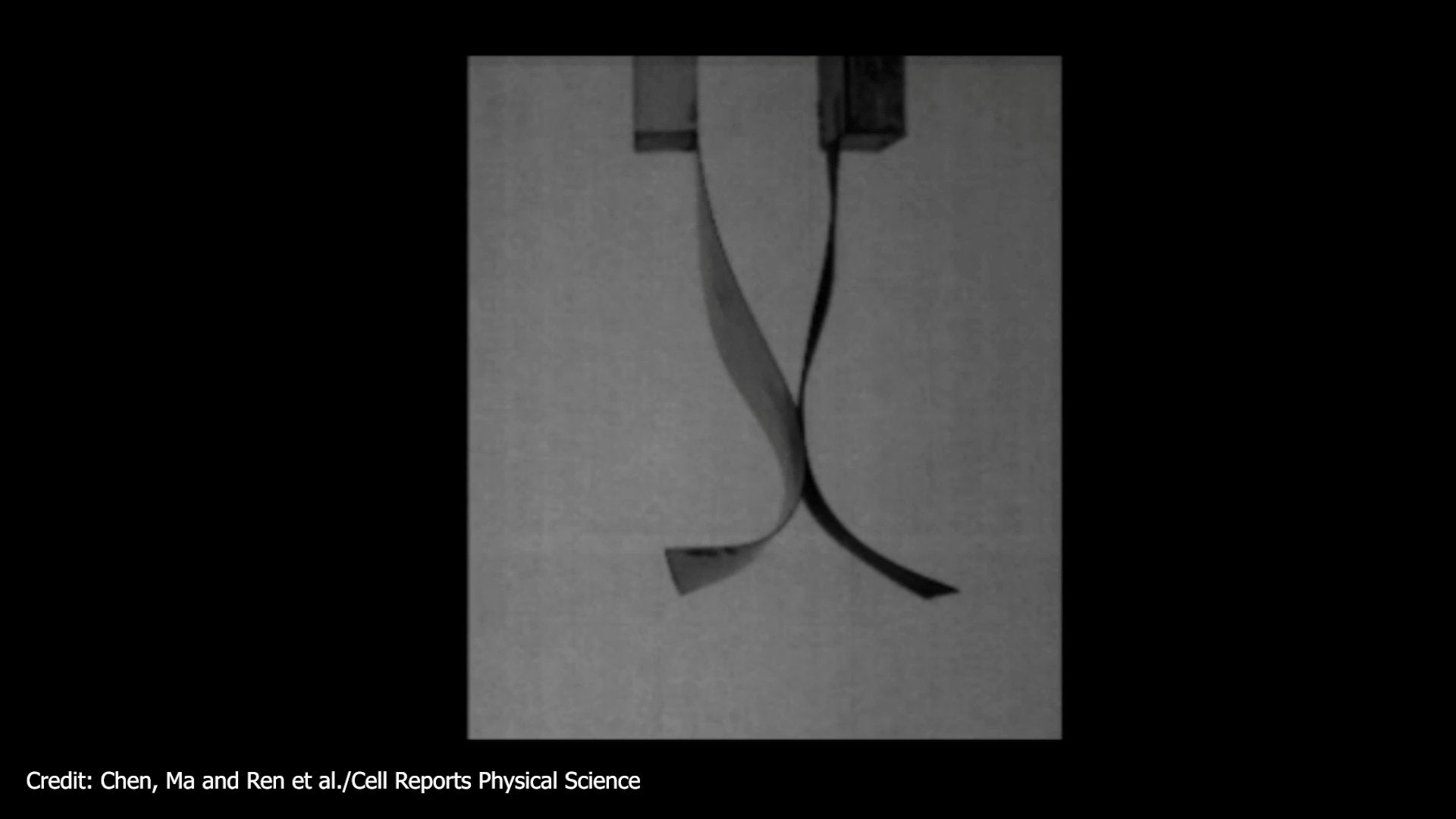 Scientists have created a miniature generator that harnesses wind energy in a way that could one day provide an endless power source for mobile phones and complement or replace wind turbines.

The “nanogenerator” can currently capture enough energy from light breezes, such as those created by a brisk walk, to power 100 LED lights and temperature sensors.

It is made of two plastic strips, which become electrically charged when they flutter in the wind through a process called the triboelectric effect – commonly observed by rubbing one’s hair with a balloon.

The “low-cost” device is thought to be the most efficient nanogenerator yet created.

While a breeze as gentle as 3.6 miles per hour was enough to power the nanogenerator, it performs at its best when wind velocity is between nine and 18mph – a speed allowing the two plastic strips to flutter in sync, results published in the journal Cell Reports Physical Science showed.

“You can collect all the breeze in your everyday life,” said senior author Dr Ya Yang, of the Chinese Academy of Sciences.

“We once placed our nanogenerator on a person’s arm, and a swinging arm’s airflow was enough to generate power.”

Dr Yang has two differing hopes for the technology.

The first goal is to make it more efficient in order to create an endless, sustainable energy supply for small mobile devices.

“We have designed a nanogenerator as small as a coin, but we want to make it even tinier and more compact with higher efficiency,” Dr Yang said.

The second aim is to complement wind turbines in harnessing the winds they currently cannot reach.

“Unlike wind turbines that use coils and magnets, where the costs are fixed, we can pick and choose low-cost materials for our device,” Dr Yang said.

“Our device can also be safely applied to nature reserves or cities because it doesn’t have the rotating structures.”