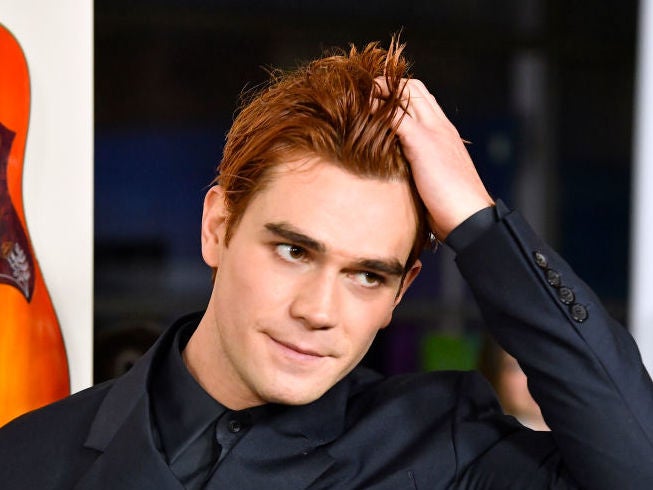 Riverdale star KJ Apa has said he “split his head open” while filming a new movie produced by Michael Bay.

The Australian actor, who plays red-headed hero Archie on the teen soap, posted a video to his social media in which he shows off the stitches he’s received.

“I split my head open yesterday,” Apa said on his Instagram story. “I don’t know if you guys can see that but I have two stitches in there, metal stitches.”

In Songbird, Apa plays a Los Angeles essential worker immune to the pandemic that has ravaged the population.

It is the first feature film to be shot in Los Angeles since the beginning of the coronavirus outbreak, and was nearly shut down prior to production amid concerns about safety.

Bay, however, has suggested that the issue was related to actor compensation, and not health.

“I don’t even think it was a safety issue. It was a money thing,” he told the Hollywood Reporter.

“But we are literally going to be the first film shooting in LA. And we have a kind of special sauce with how we’re doing it where there’s zero contact.”

Demi Moore, Bradley Whitford, Peter Stormare and Craig Robinson also star in the Adam Mason-directed movie, which will be filmed with actors socially distancing from one another.