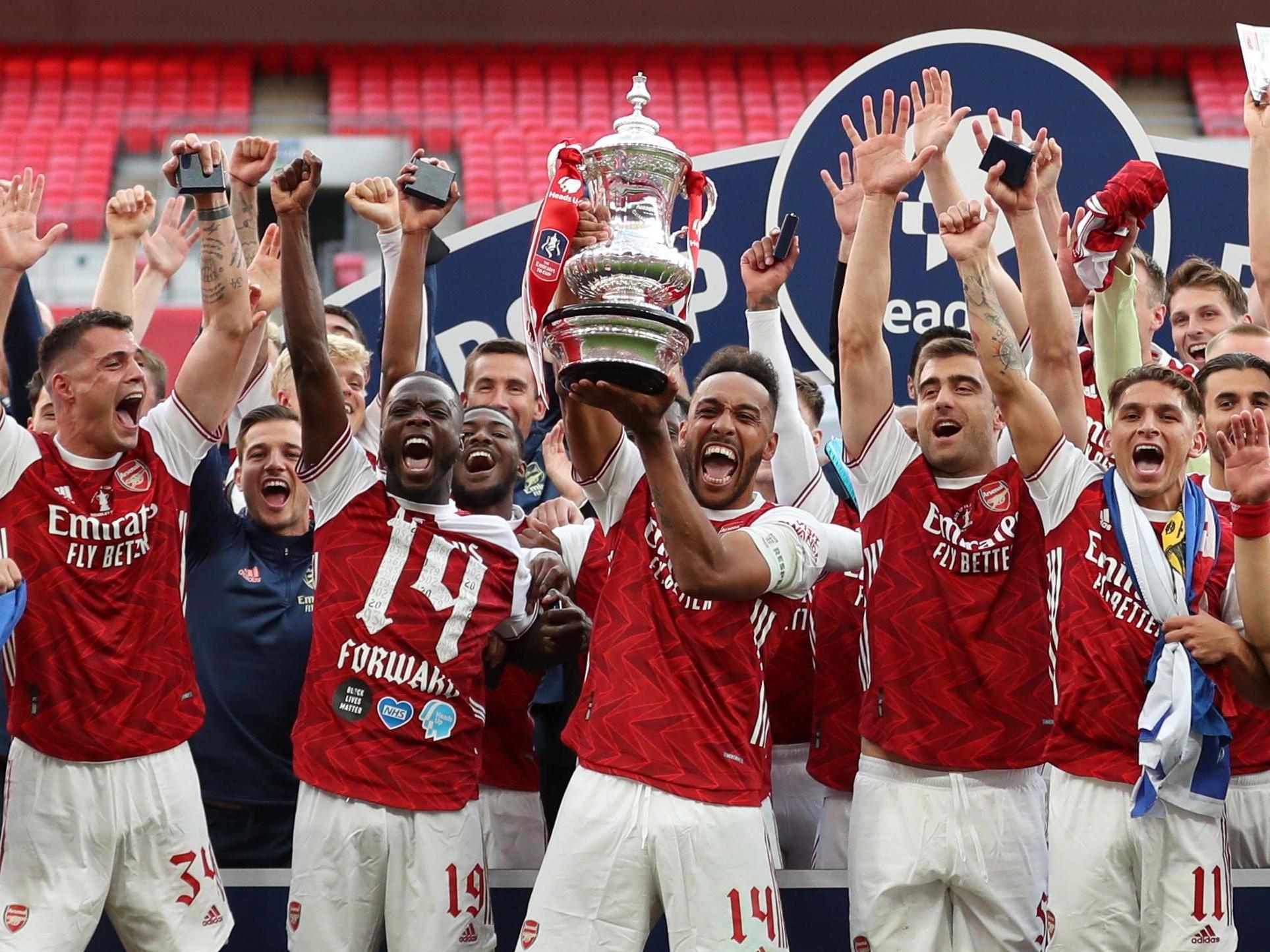 Pierre-Emerick Aubameyang scored two well-taken goals to win the FA Cup for Arsenal – then displayed rather less composure after the final whistle as he dropped the trophy in front of his team-mates.

The Gunners striker was making his way over to the squad, gathered ready for the trophy lift, when he lost control of the silverware his team had won after a hard-fought 90 minutes.

Aubameyang seemed to have trouble with the base and the main section of the trophy having separate sections – and both crashed to ground before he could actually lift it and celebrate.

The Arsenal captain did eventually get the lift right – though plenty of laughter from his team-mates could be heard in the background.

Plenty of other players have, of course, dropped silverware after winning it – though perhaps not quite as quickly before actually performing the lift.

Liverpool’s Milan Baros dropped the Champions League trophy in the team hotel during celebrations in 2005, resulting in a dented handle which has never been fixed.

Real Madrid captain Sergio Ramos managed to drop the Copa del Rey trophy off a bus during the parade, ending in the silverware being run over.

And just last week, former Chelsea defender Branislav Ivanovic dropped and broke the Russian Cup, made of glass, after winning it with Zenit.

Aubameyang is the latest to join the list, but he won’t care, with his team back among the trophies and back in Europe as a result.