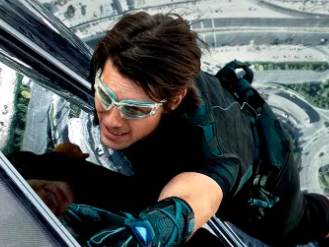 Mission: Impossible 7 is ruffling feathres following news its crew is pushing to blow up a bridge in Poland that is considered by locals to be a national monument.

As production begins to get back on track following a delay due to the Covid-19 pandemic, those working on the Tom Cruise film were hoping to detonate part of the bridge, which is situated in the village of Pilchowice.

However, they are facing obstruction from local citizens despite Deputy Culture Minister Pawel Lewandowsk claiming that the bridge – which was decommissioned from public use in 2016 – has no cultural value.

He argued that allowing crew members to blow up the structure will bring global attention to Poland.

But, many locals have been hoping the bridge will one day be officially recognised as a national monument.

In response, Lewandowski, who said that “only a small part [would] be destroyed”, wrote: ”I would not be fixated on the fact that the Pilchowicki Bridge is a monument. It stands in ruins and has no value. Not all old things are monuments.

“The law clearly states that a monument is only that which has social, artistic or scientific value. In art and culture, that value only emerges when there is a relation between the cultural object and people. So if an object is unused, unavailable, it has no such value. Therefore it is not a monument.”

According to reports, the scene featuring the proposed bridge explosion will be set in Switzerland, where it was originally scheduled to be filmed. However, plans were changed after the Swiss government refused.

The news divided social media users, with some condemning the crew’s plans and others struggling to see an issue.

One person wrote: “How sky high does your ego have to be to think that your film is more important than a historical monument that can’t be replaced? Just use CGI to replicate, like literally every other film does when they need an explosive set piece at a historical location.”

In response, another added: “Things get blown up. It’s cool. And it’s not a monument. It’s a basic bridge. Not even that old.”

Production on Mission: Impossible 7, which will be directed by Christopher McQuarrie, is set to resume in the UK in September, before heading to Poland in April.

The film will be released in November 2022.