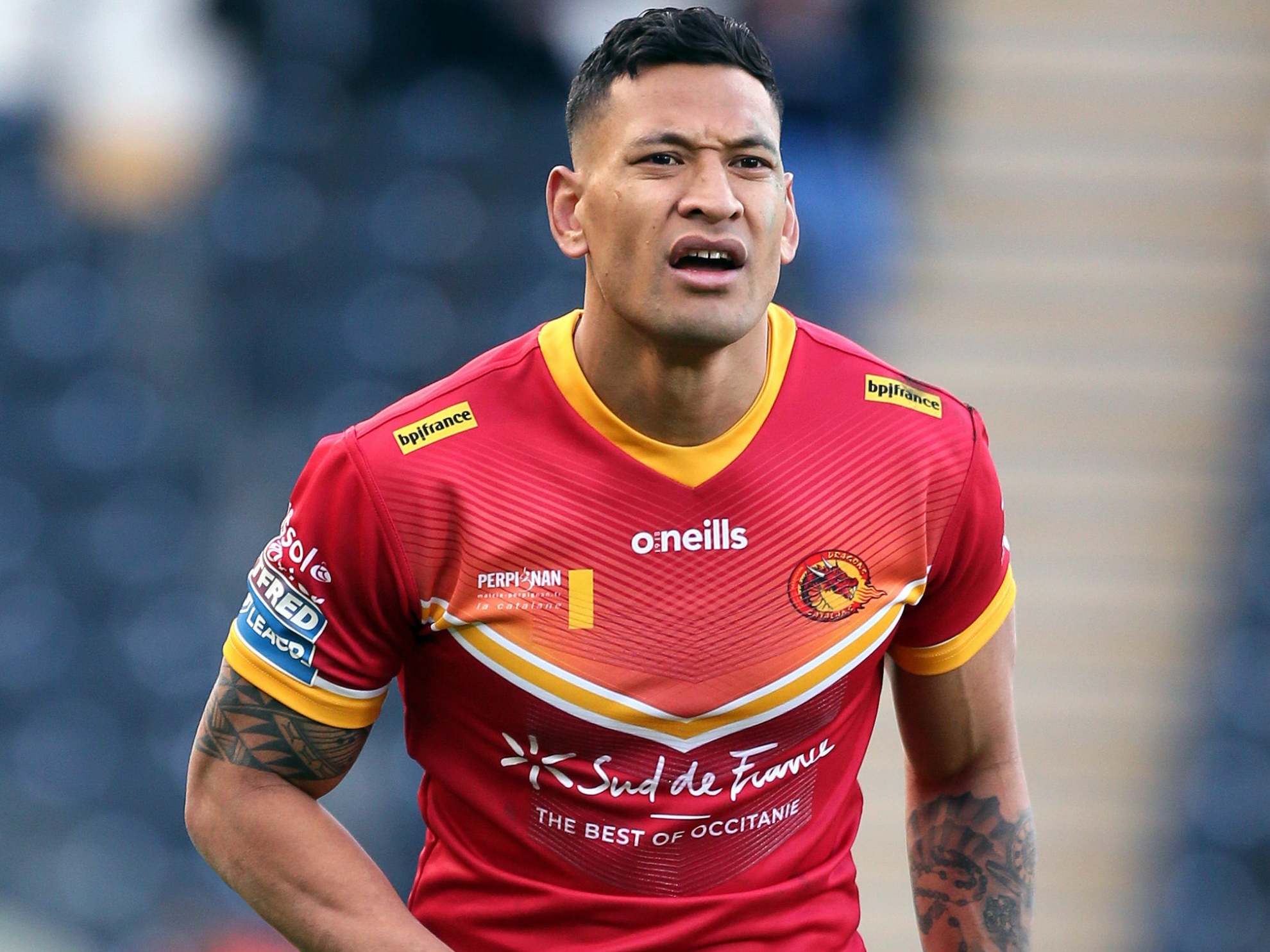 Players from both teams marked the return of rugby league by taking a stance against racism, as they joined referee Ben Thaler in dropping to one knee for a few seconds in an effort to support the fight against racial inequality.

However, Folau was the only player who elected not to take a knee, with the former Australia rugby union international standings as others knelt.

Folau was sacked from his Rugby Australia contract in 2019 after expressing homophobic views on social media, having previously been warned for making similar anti-gay comments.

The 31-year-old returned to rugby league as a result, having agreed to play for Catalans until at least the end of 2021 after they elected to offer him a contract despite widespread opposition to his return to the game. As a result of his previous actions, Catalans agreed with Folau that any repeated would result in his contract being terminated.

Catalans head coach Steve McNamara spoke ahead of the game about Folau’s conditioning, given he had barely played for a year when he agreed to join Catalans on the eve of the 2020 season.

“It was tough for him coming in with no training,” McNamara said.

“The break has been good for him and given the opportunity to get a sustained period of training in.

“He’s looking really good in training and I don’t think people will have seen any of the games he’s played as we’ve not been on TV, so it’s the first chance to see him back on a rugby league field in live action and he’s certainly looking in great shape.”