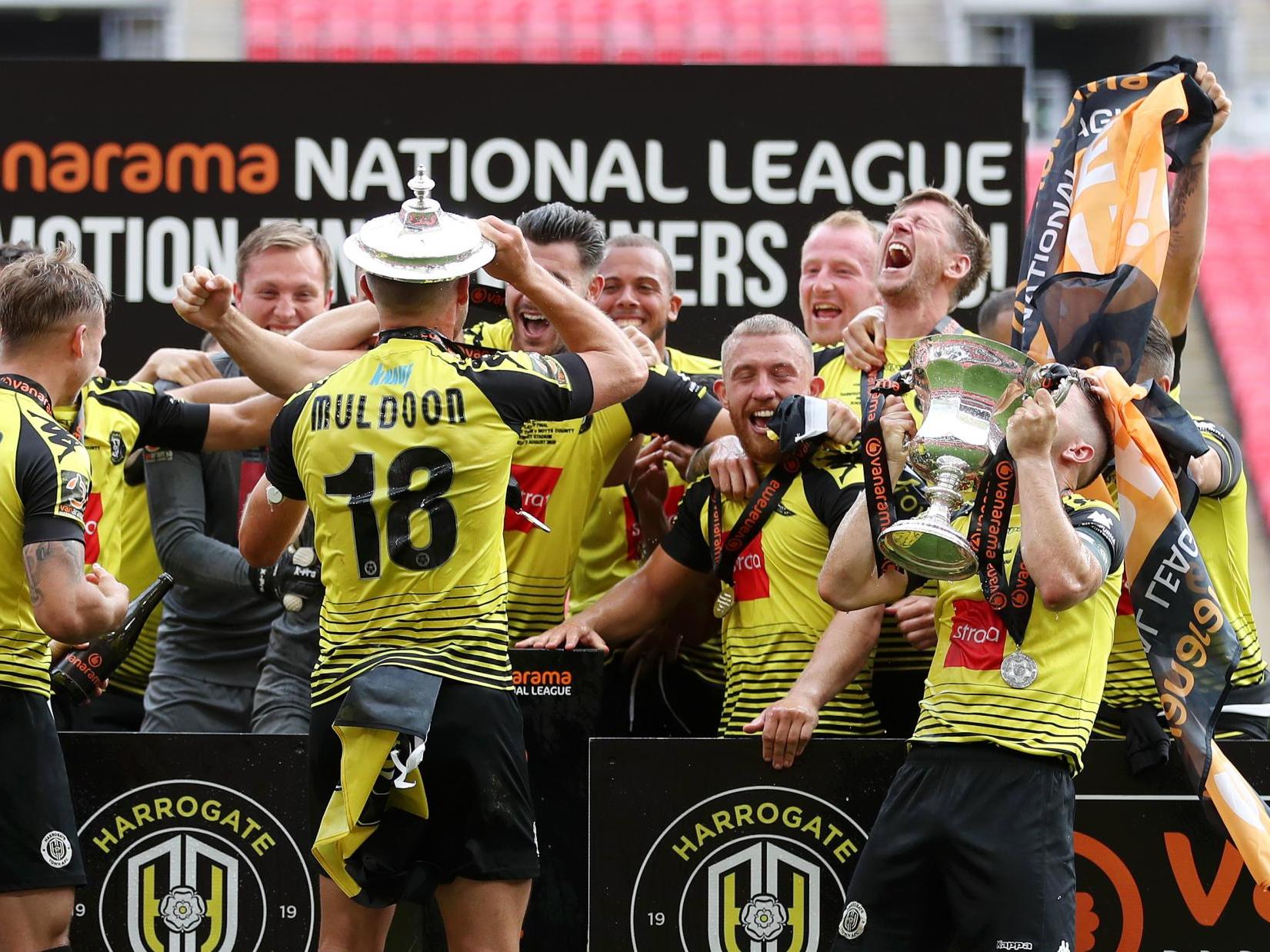 Harrogate Town defeated Notts County 3-1 in the National League play-off final on Sunday to claim a place in the Football League for the first time in their history.

First-half goals from George Thomson and Connor Hall gave Harrogate a promising lead at Wembley, with the north Yorkshire side also hitting the frame of the goal through Aaron Martin.

Callum Roberts then netted early in the second half to give County hope of a comeback.

However, Jack Diamond put the result beyond doubt for Harrogate with 20 minutes remaining.

The victory marked a second promotion for Harrogate in three seasons.