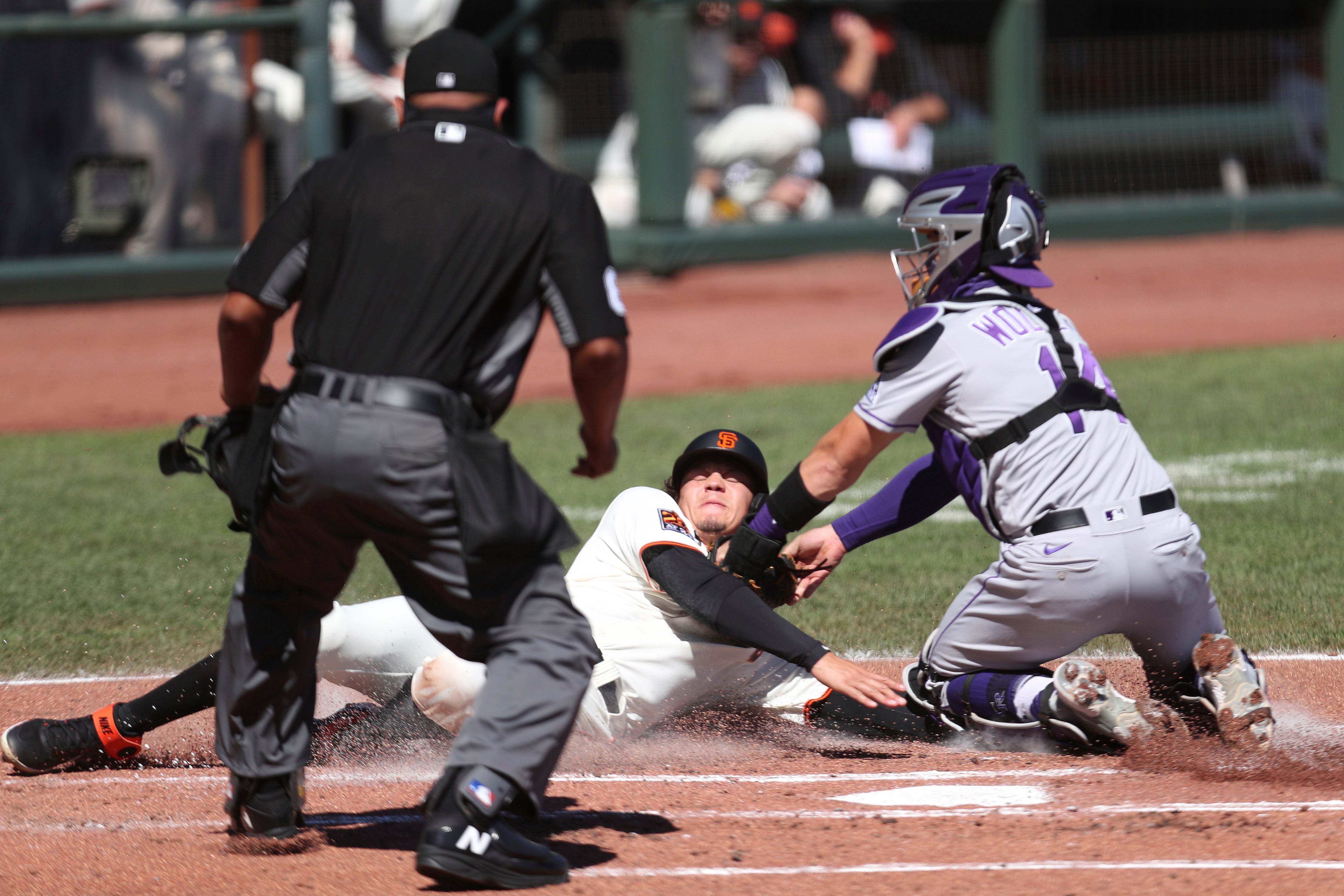 Raimel Tapia hit a go-ahead sacrifice fly in the 11th inning, and the Colorado Rockies rallied to keep contending San Francisco from gaining ground in the NL wild-card race by beating the Giants 5-4 on Thursday.

Jairo Díaz earned his fourth save by getting Austin Slater to ground into a game-ending double play Several cheering Rockies jumped over the dugout rail celebrating.

The Giants (28-28), winners of three of their last five, dropped behind idle Cincinnati for the first NL wild card. The Reds (29-28) visit Minnesota over the final weekend as the playoff-bound Padres come to San Francisco.

Trevor Cahill (1-2) took the loss after San Francisco had a chance in the 10th.

Brandon Belt — who homered in the eighth inning to tie the game on his 1,000th career hit — and Brandon Crawford were intentionally walked by Daniel Bard (4-2). Shortstop Trevor Story fielded Evan Longoria’s grounder and threw Alex Dickerson out at home as San Francisco couldn’t capitalize.

Tyler Rogers and Caleb Baragar combined to strike out the Colorado side in the 10th, and the Rockies wound up with a season-high 16 Ks.

Kevin Gausman struck out nine over six innings and Crawford hit an RBI double, but the Giants’ bullpen couldn’t hold it.

Gausman matched his second-most strikeouts of the season — he had 11 against Oakland on Aug. 15 — walked one, and allowed two runs on eight hits. He bounced back with a strong outing on the heels of a loss at Oakland his last time out following consecutive winning starts.

The Giants added another run on a wild pitch by Colorado right-hander Chi Chi González in the second. González is now winless in four career starts against San Francisco.

Ryan McMahon got Colorado on the board with an RBI double in the fourth, then Tapia singled in a run four batters later.

Colorado had two runners on in both the first and second innings but missed scoring chances.

Dickerson doubled in the first as he continued to deliver against the Rockies.

Giants: OF Mike Yastrzemski, who missed his sixth straight start with a mild right calf strain, flied out as a pinch-hitter to start the 10th. He again went through pregame baseball work on the field to show the Giants he was ready off the bench. He could be back in the starting lineup as soon as Friday, manager Gabe Kapler said. … RHP Jeff Samardzija (shoulder) is in the mix for a return Friday. He is 0-2 making just three starts this season and hasn’t pitched since Aug. 7. “Starting a game is on the table for us. He’s out on the field playing catch preparing for that possibility,” Kapler said. … The Giants continue to monitor RHP Johnny Cueto’s sore hip. “He came out of his last start feeling good. We have no concerns about him making his next start,” Kapler said.

San Francisco hosts San Diego in a doubleheader Friday with Tyler Anderson (3-3, 4.53 ERA) starting one of the games.

Colorado sends RHP Antonio Senzatela (5-2, 3.13) to the mound for the first game of Friday’s doubleheader at Arizona.