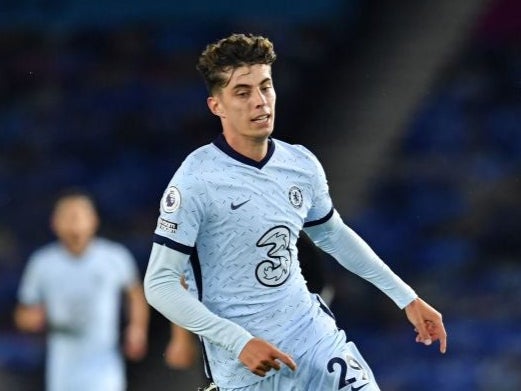 Havertz completed a highly-anticipated move to Stamford Bridge earlier this month, joining from Bayer Leverkusen for a fee of approximately £75million.

But the midfielder has looked off the pace in Chelsea’s first two games of the season, failing to make a mark in the opening 3-1 victory at Brighton and the 2-0 defeat at home to Liverpool, despite starting in both fixtures.

“Kai has played various positions in his career, as No 9, No 8 and a No 10,” Lampard said, having deployed the Germany international through the middle against Brighton and up front versus Liverpool.

“He played lots off the right for Leverkusen and I have my own vision going forward.

“The key now is getting him fit. Kai, with the situation we are in… we aren’t in a position where we can wait. We need to get him fit, and it’ll become very clear why he’s here.”

Chelsea host Barnsley in the third round of the Carbao Cup this evening, with Lampard expected to rotate his squad ahead of this weekend’s Premier League clash at West Brom.

Havertz is therefore unlikely to start, though he could come off the bench as former Blues midfielder Lampard looks to build the player’s fitness.