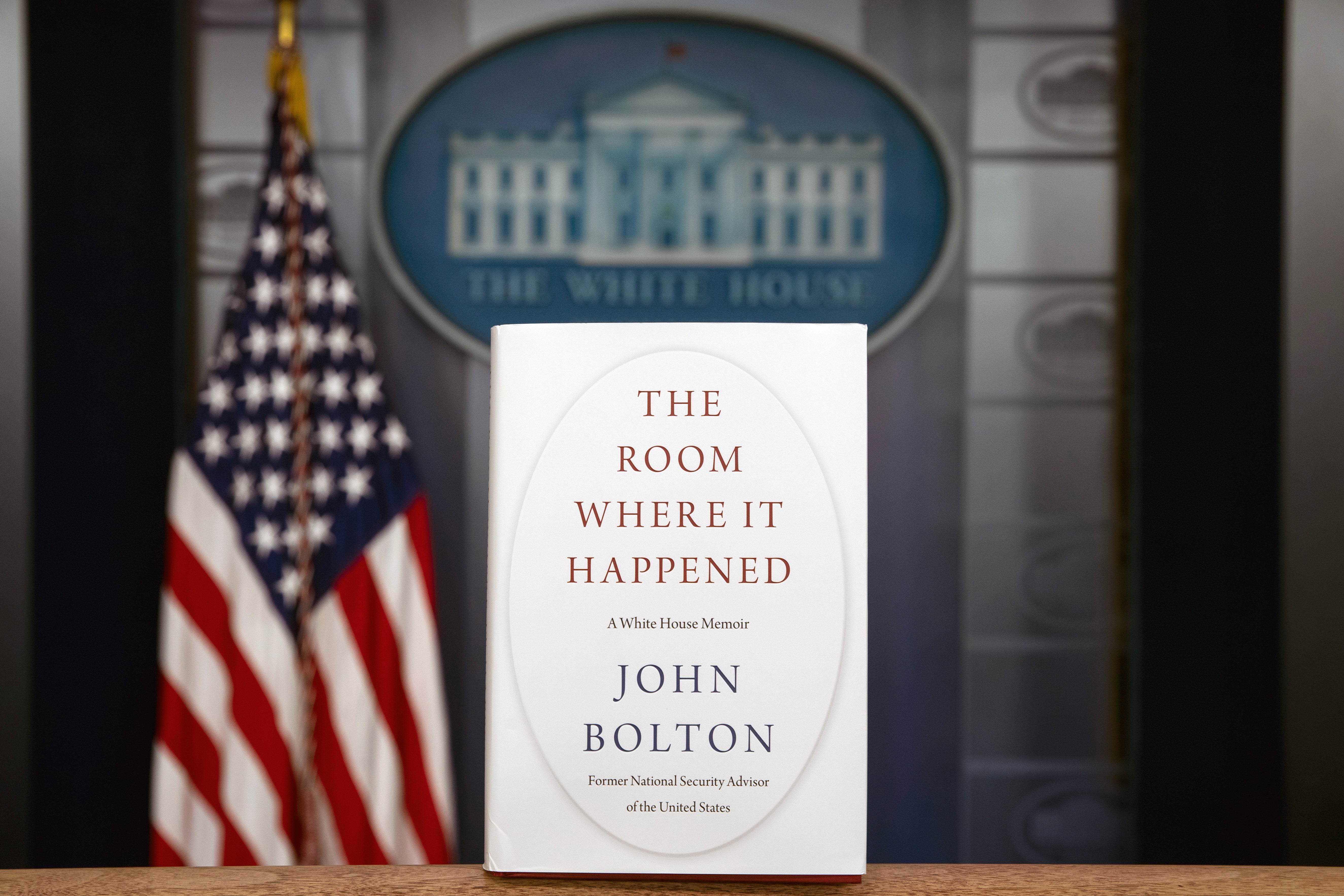 After Bolton submitted his book for prepublication review last last year, it was Ellen Knight’s job at the White House to make sure it did not contain classified information that could possibly threaten U.S. national security.

For the first time Knight recounted the monthslong prepublication review process that she says was replete with delay tactics, legal maneuverings and a shadow review by a political appointee who had no experience in that area. She contends the actions were aimed at discrediting her work and blocking the publication of Bolton’s book, “The Room Where It Happened.”

Bolton’s book, offering a behind-the-scenes account of Trump’s interactions with foreign leaders, went on sale earlier this year. The Trump administration maintains that it contains classified information, and the Justice Department has launched a criminal investigation into its release.

Earlier, the Justice Department sued unsuccessfully to block the release of the book. A federal judge rejected the suit, partly because hundreds of thousands of copies had already been distributed. But the judge expressed concern that Bolton published the book before receiving a formal clearance letter, which Knight said was blocked by the White House.

Knight asked her attorney, Ken Wainstein, to write a letter for the court to give her first-hand account of the controversial review.

“As a career professional in the field of classified information management, Ms. Knight is very concerned about the politicization — or even the perceived politicization — of the prepublication review process,” Wainstein wrote.

If authors lose confidence in the process, they might try to publish without submitting manuscripts for review, which “could result in unchecked disclosures of sensitive information and the potential for serious damage to our national security,” he wrote.

“Mr. Bolton chose to publish a manuscript that four senior national security officials have stated, under penalty of perjury, contains classified information,” she said in a statement.

Knight was detailed from the National Archives and Records Administration to the National Security Council from August 2018 to August 2020. During that time, she and her staff handled more than 135 prepublication review requests, perusing more than 10,000 pages of manuscripts.

Knight and her colleague spent hundreds of hours over four months reviewing and researching information found in Bolton’s more than 500-page manuscript. Knight met with Bolton for a total of 14 hours and spoke on the phone with him 10 times, including two calls that lasted several hours, the filing said.

After completing her review in late April, she gave the manuscript to her superior, who confirmed that all sensitive or classified information she had determined was in the original manuscript had been removed.

Knight said that when she advised NSC lawyers on April 28 that she was prepared to clear the manuscript for publication, she was told to take no action. Knight said NSC lawyers told her to tell Bolton that the process was “ongoing.” She says she was once told that COVID-19 issues were delaying the process.

When Bolton’s lawyer asked the White House to “prioritize the Ukraine chapter” for prepublication review to make it publicly available during Trump’s impeachment trial, then-deputy NSC legal adviser Michael Ellis instructed her to “temporarily withhold any response,” she said.

Knight said the NSC lawyers regularly instructed her “not to use email in her communications” with them to discuss her interactions with Bolton or his lawyer “and instead use the telephone.”

Worried that others might be able to read the Bolton manuscript on the records management computer systems and possibly leak its contents, she said Ellis had her check to see whether the information technology staff could track anyone who accessed and printed the manuscript.

Six weeks after she determined that the manuscript was ready for clearance, she was called to a series of meetings with White House and Justice Department officials.

In one meeting on June 8, NSC legal adviser John Eisenberg asked her to review a letter to Bolton’s lawyer saying the manuscript still contained classified material. Knight said she disagreed.

Two days later, in a White House Situation Room meeting with four Justice Department attorneys, she learned for the first time that Ellis, a political appointee with no prepublication review experience, had been ordered to conduct a second review.

Between May 2 and June 9, Ellis reviewed the manuscript and flagged hundreds of passages that he believed were still classified. Knight disagreed, saying that Ellis was treating the book like a government document being classified, not a book written by an author with First Amendment rights.

On June 22, Knight received an email advising her that her time at the NSC would end in 60 days. She has returned the the National Archives.

Charles Cooper, an attorney for Bolton, said he never solicited the letter from Knight’s attorney, which he received as a “complete surprise” late Tuesday night. He said he was still assessing its implications for the Justice Department’s lawsuit against Bolton.