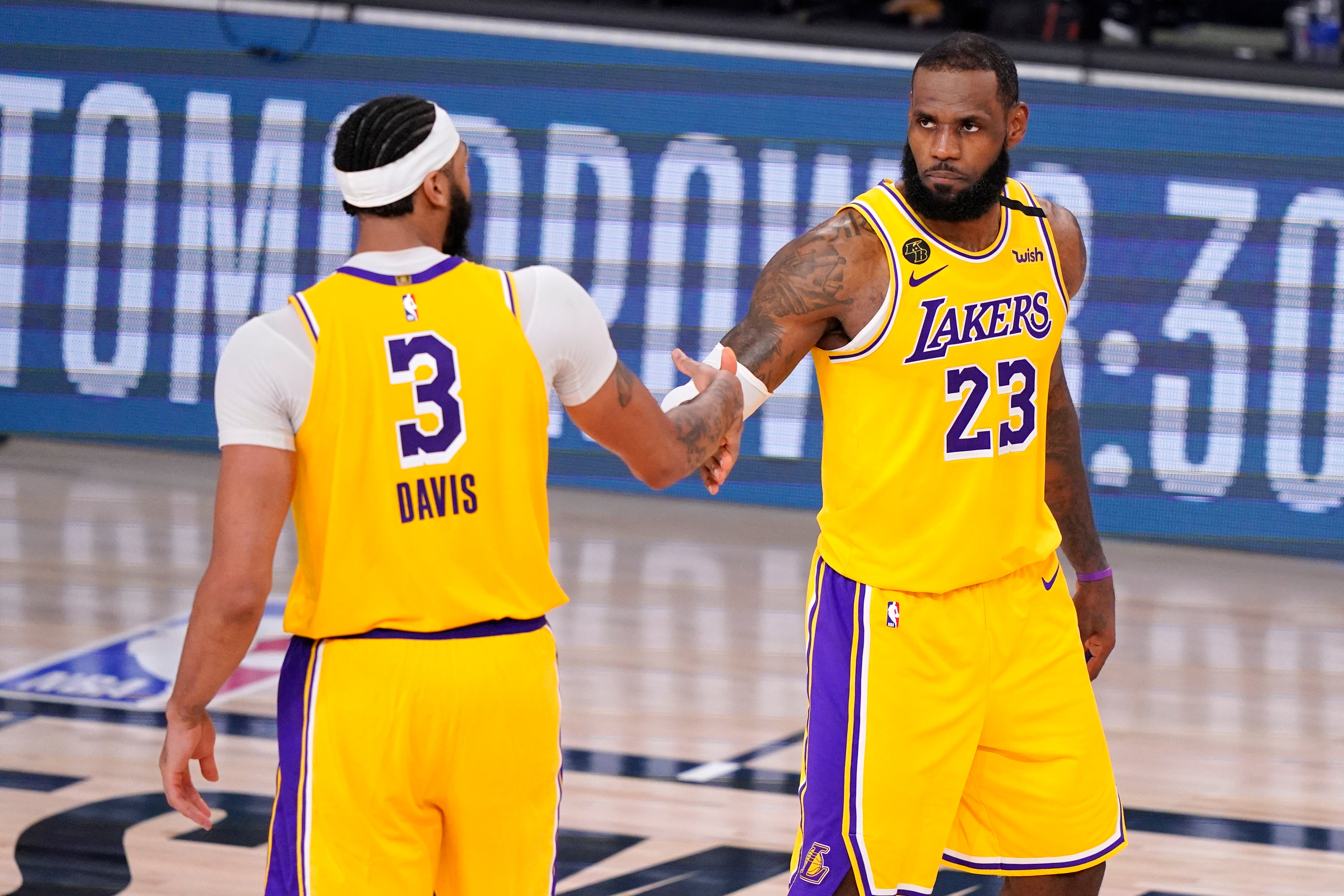 The Los Angeles Lakers are a victory away from returning to the NBA Finals — and only another comeback from 3-1 down by the Denver Nuggets can stop them.

Anthony Davis scored 34 points, LeBron James had 26 and the Lakers beat the Nuggets 114-108 on Thursday night in Game 4 of the Western Conference finals.

Davis got the Lakers off to a fast start with his scoring and James helped them finish it with his defense, forcing Jamal Murray into some late misses after the guard had kept the Nuggets in it with an array of high-difficulty baskets.

James added nine rebounds and eight assists, and the Lakers had 12 offensive rebounds for a whopping 25-6 advantage in second-chance points.

Game 5 is Saturday, when the Lakers can reach the NBA Finals for the first time in a decade.

The Nuggets will be facing elimination for the seventh time in the bubble. They were down 3-1 against Utah in the first round and climbed out of the same hole against the Los Angeles Clippers in the West semifinals.

But they couldn’t come back in this game, getting within one point in the opening minute of the fourth quarter but constantly turned back from there by a key stop or rebound by the Lakers.

The Lakers have 16 championships, one behind Boston for the most in NBA history, but they haven’t played for one since winning their most recent title in 2010.

The Lakers started Dwight Howard at center and he had 12 points and 11 rebounds, helping put Nikola Jokic into foul trouble.

Murray had 32 points and eight assists, but Jokic finished with just 16 points and seven rebounds.

Davis scored 27 points in Game 3 but the 6-foot-10 forward acknowledged that his two-rebound performance was “unacceptable.” He came out much more aggressively Thursday after the Lakers played from behind much of the last game.

With an array of short jumpers, Davis made his first six shots before anyone else on the Lakers made a basket. Then Howard scored on consecutive follow shots before James followed with his first two field goals.

Murray kept the Lakers from getting too far away with a 7-for-8 start. He followed his acrobatic layup around James with 2 1/2 minutes remaining in the half with a pair of free throws that cut it to four, before the Lakers took a 60-55 edge to the locker room.

The Nuggets shot 59% in the first half but the Lakers had an 18-2 advantage in second-chance points.

The Lakers seemed to be taking control when Rajon Rondo and Kentavious Caldwell-Pope combined for a flurry that pushed the lead to 11 with under 4 minutes remaining in the third, but Michael Porter Jr. hit two 3-pointers late in the period that cut it to 87-84 going to the fourth.

Lakers: Howard hadn’t started in any of his 10 postseason appearances and didn’t play much at all in the last round, when the Lakers went small to match up against the Houston Rockets. He made two starts in the regular season. … Caldwell-Pope scored 13 points and Rondo had 11.

James had the words “We want justice” written next to Breonna Taylor’s name on his sneaker. Lakers coach Frank Vogel said the news a day earlier that a Kentucky grand jury brought no charges against Louisville police for the Black woman’s shooting death hit the players hard.

“It’s heartbreaking, and you know, there’s really no silver lining to it. It’s a reminder of, it’s not just — it’s hard for Breonna Taylor, her family, and everybody that was invested in this,” Vogel said.

“But it’s just a reminder of all the other acquittals when unarmed black men are being killed, and it’s just something that’s hit us hard. Just a reminder that, you know, how important it is for all of us to vote and to be educated on all the potential police reform bills that are out there, and just play our part and do everything we can to help affect change.”

The Nuggets announced a partnership between forward Paul Millsap and DeKalb County to make the CORE4 training facility in Chamblee, Georgia as a general election voting center. Millsap, wearing “Vote” on his jersey during the restart, is the founder of the facility that will be open for early voting from Oct. 12-30.