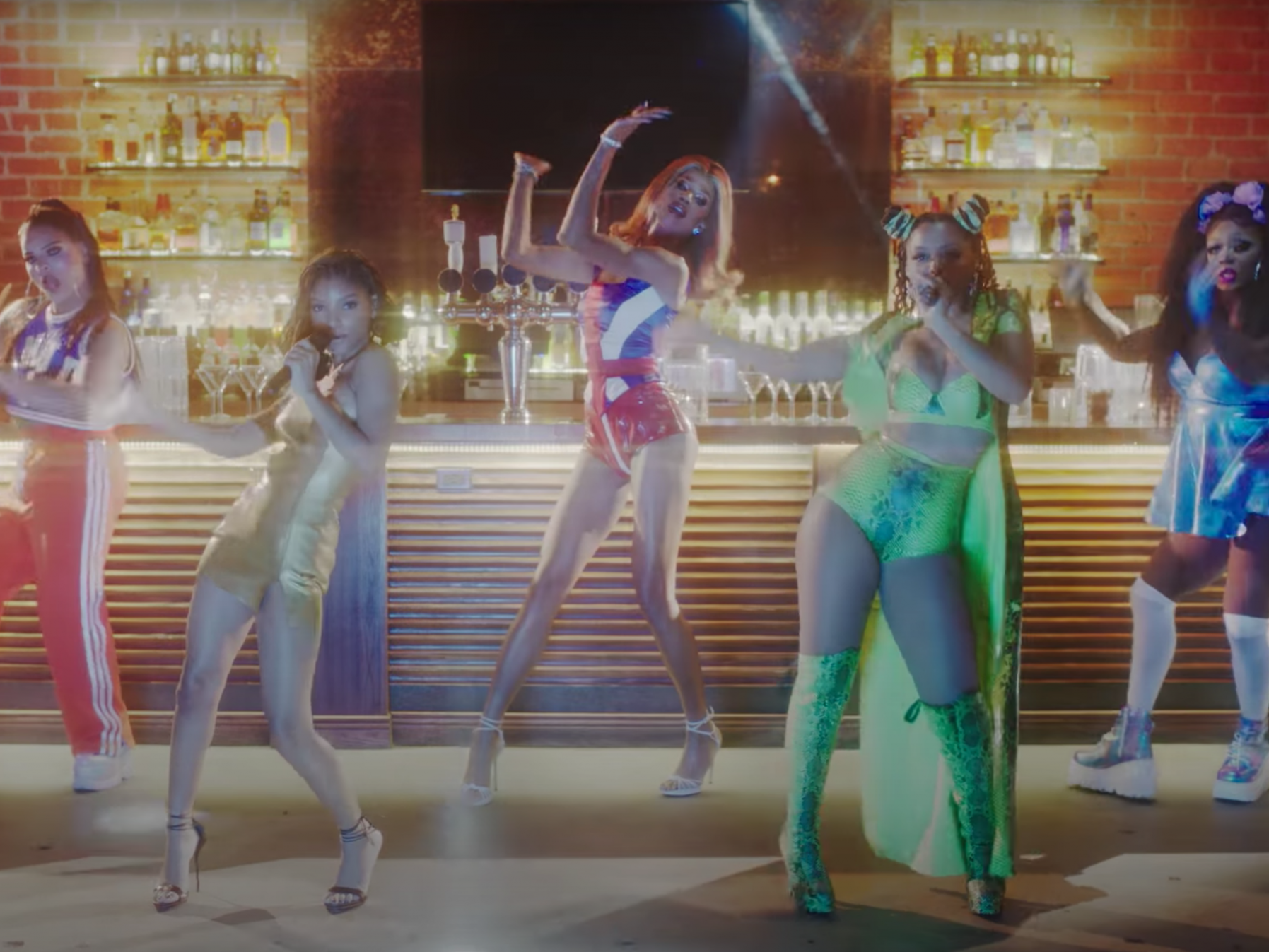 The musical duo, who recently released their critically acclaimed second studio album Ungodly Hour, performed at the 2020 Glaad Media Awards with a rendition of their song “Do It”.

Performing in an empty club, sisters Chloe, 22, and Halle Bailey, 20, dressed as Mel B’s Scary and Victoria Beckham’s Posh as they sang the R&B track live.

Referring to the super group as “the melanated Spice Girls”, Chloe x Halle sent fans wild as they shared a picture of the group dressed up on their social media.

“If you wanna be my lovaaa,” the post was captioned, referencing the Spice Girls’ hit song “Wannabe”.

“@chloexhalle performing in West Hollywood with drag queens is exactly what I needed to see today,” one fan wrote in response.

Chloe x Halle were discovered by Beyoncé and signed to her record label, and have also appeared on US sitcom Grown-ish.

Last year, Halle was cast as Ariel in the live action remake of Disney’s The Little Mermaid.