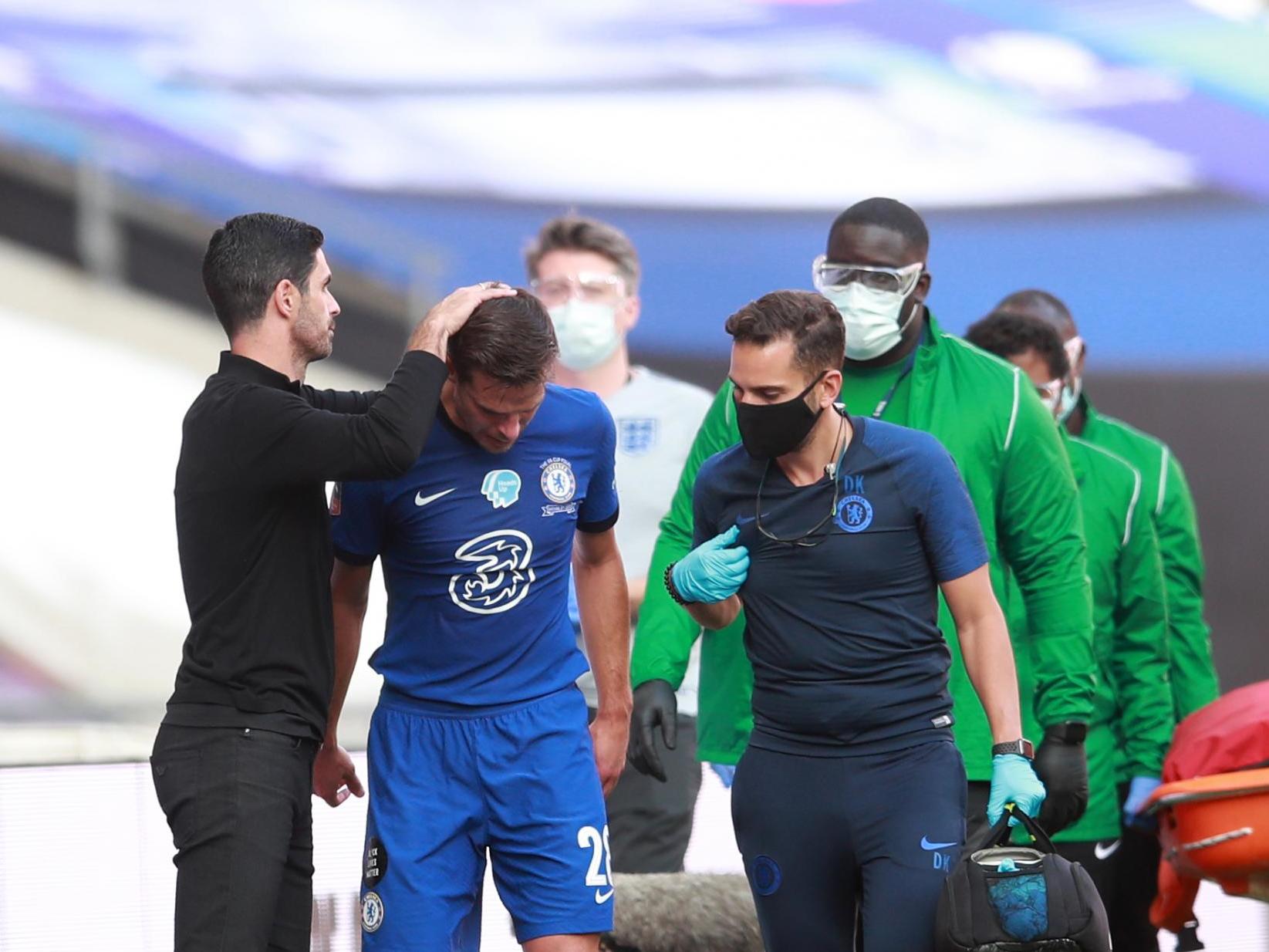 Cesar Azpilicueta insists Chelsea have to look beyond any refereeing decisions they felt went against them in Saturday’s FA Cup final defeat to Arsenal.

The Blues squandered an early lead given to them by Christian Pulisic as Pierre-Emerick Aubameyang struck twice to seal a 2-1 win for the Gunners.

Azpilicueta hauled down Aubameyang in the box, giving the Arsenal skipper the chance to equalise from the penalty spot.

The Chelsea captain then limped off with a hamstring injury soon after and was followed into the Wembley treatment room by Pulisic soon after the interval.

Aubameyang conjured up a world-class finish to fire Arsenal ahead before Mateo Kovacic was sent off following two debatable yellow card offences.

There was more controversy when referee Anthony Taylor and his assistants deemed that Arsenal goalkeeper Emiliano Martinez had not handled the ball outside of his area – with replays proving inconclusive.

But Azpilicueta says Chelsea’s loss does not lay at the feet of Taylor, who was also in charge when the same two sides met in the final in 2017 – a game which Arsenal also won 2-1 and where Chelsea were reduced to 10 men following Victor Moses’ dismissal.

“A lot of times there were 50-50’s [that went Arsenal’s way] and we had the same in 2017 – but we have to look further than this,” Azpilicueta told Chelsea’s official club site.

“We have to look at ourselves. We know two weeks ago, when we played against Man United [in the semi-final], we really controlled it.

“It’s painful and a tough one to take. Obviously when you lose a final, it’s always painful.

“We started the game well and scored an early goal, which normally gives a confidence to build on, but we didn’t capitalise on it. We dropped our level a little bit and we were punished.”

For Arsenal, this was an unmatched 14th FA Cup success and gave head coach Mikel Arteta his first piece of silverware in a managerial career that only began in December.

It also means he will lead his side into the Europa League next season, with defender Ainsley Maitland-Niles praising the improved attitude of the Arsenal squad as they did not let their heads drop following Pulisic’s early goal.

“That’s what we’ve been working on since lockdown, having a positive attitude,” he said. “Always wanting to win games even when we do go down, and playing our football no matter what happens.

“It prevailed and it was fantastic to see the boys turn that around and really go all out attack to win the game for us.

“It is a fantastic feeling, it is indescribable really. I’m proud of every one of my team-mates and staff members for putting the plan into motion and we executed it perfectly.”