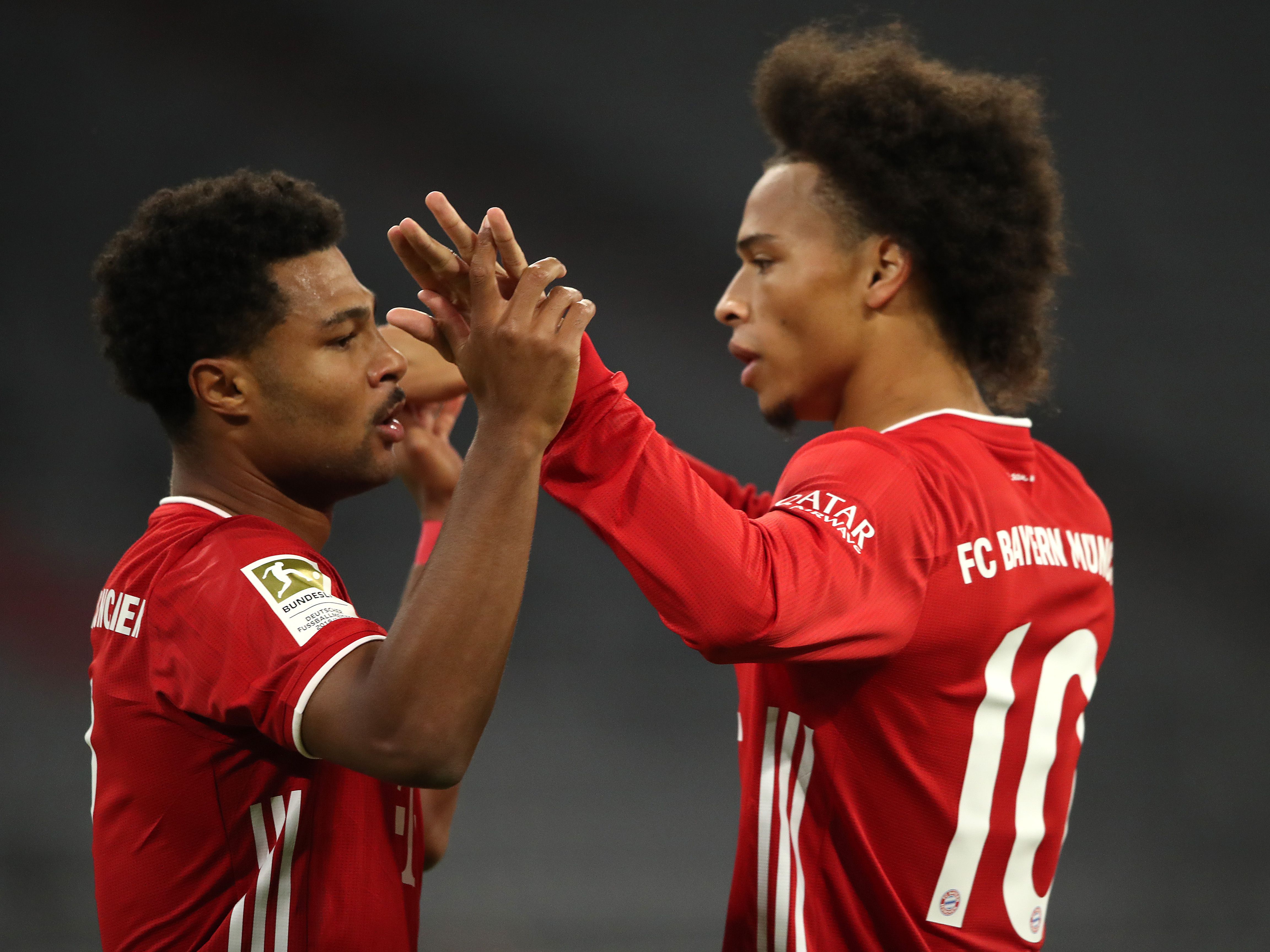 With the biggest opening win in Bundesliga history, Bayern showed they had lost none of sharpness that helped them to lift the Champions League trophy less than a month ago in dominant fashion.

Gnabry grabbed his first goal for the hosts with a fine turn and shot in the fourth minute in what turned out to be a one-sided affair that stretched Bayern’s unbeaten run to 31 games this year, having now won the last 22 matches in a row.

Schalke, without a league win in 17 consecutive matches since January, were helpless against Bayern’s lightning-quick game and Leon Goretzka found plenty of space to drive a low shot past keeper Ralf Faehrmann in the 19th minute.

“You can see that the team was already strong last season,” said Sane, who joined from Manchester City. “The team is still hungry despite winning the treble last season and to have such a start is outstanding.”

Bayern finished their season in August when they added the Champions League to their Bundesliga and German Cup titles and then had only a short preparation for the new season. Last season’s top scorer Robert Lewandowski found the net with a 31st-minute penalty to become the first player to score in 10 successive appearances against the same Bundesliga opponents.

Gnabry then scored twice from Sane’s assists in the 47th and 59th before Thomas Mueller made it half a dozen after Lewandowski set him up with an impressive rabona kick.

Sane then capped his superb Bayern debut with a fine finish from a counter-attack in an empty Allianz Arena, after the city banned spectators due to rising coronavirus infection numbers in the region.

A little later substitute Jamal Musiala drilled in goal number eight to become the youngest ever Bayern scorer in the league at 17 years old.

The result piled more pressure on already embattled Schalke coach David Wagner, who has been under intense scrutiny during their winless run this year.