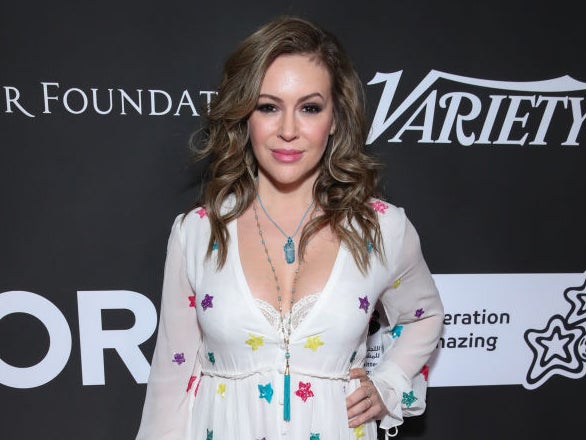 Alyssa Milano says she’s being targeted by “right-wing trolls” over her police reform stance, after officers were called to her neighbourhood during a recent incident.

The actor and activist shared a statement on her Twitter account on Wednesday, writing: “Apparently, right-wing media and trolls have decided that they should target me because my neighbour called the police after seeing a person dressed in black holding a rifle behind my home where I live with my young children and husband. Here is my statement and what really happened.”

The actor, who regularly speaks out on social justice issues, has supported police reform in the past. Due to that position, some called her a “hypocrite” after seeing media reports of a police intervention in her neighbourhood.

In her statement, Milano sought to explain what happened while reiterating her stance on police reform.

She said that her neighbour noticed “a man dressed in all black, walking in the woods between our properties with a gun” on Sunday morning.

Milano explained that this is “a rare sight” in the area, and the neighbour called the police. According to Milano, she and her family then received a call alerting them to the situation, and her husband called 911 to inquire on when police would be arriving.

“The responding officers were amazing and made my family and I feel safe and secure as we ‘sheltered in place’ until we knew exactly what was happening,” she added.

Milano said the officers searched the woods “for some time”, until it emerged that “a man who fit the description” had called the police himself to say he had been hunting squirrels and apologise for the incident.

The actor extended thanks to the officers, adding: “These are exactly the types of situations that police officers are trained for and should be responding to, and we will always support police having the resources they need for appropriate policing actions.”

Milano then elaborated on her stance on police reform, writing: “We’d love to see equally trained non-police professionals respond to addiction and mental health crises and non-violent events so that these brave officers can do the jobs they are so good at handling, as they demonstrated this weekend.”

The Independent has contacted Milano’s representative for further comment.